An Eden of Africa

Gabon is located on the west coast of Central Africa, on the equator. Equatorial Guinea is situated to the northwest, Cameroon directly to the north, Congo to the east and south, and the Gulf of Guinea. This Eden of Africa is covered in Atlantic Equatorial Coastal Forests, and the fauna and flora are incredible. It contains evergreen lowland forests, and the human population in the central section of the country is extremely low. Gabon’s wildlife collections are intact, and the country boasts 13 national parks and numerous other reserves.

The country is seen as one of the most prosperous countries in sub-Saharan Africa. Its capital city Libreville has an international airport with car rental facilities. 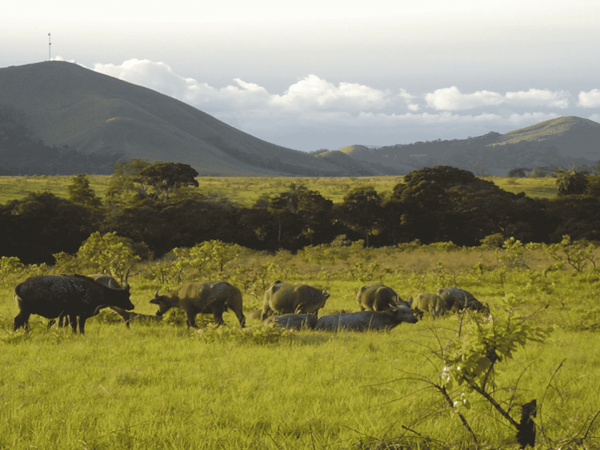 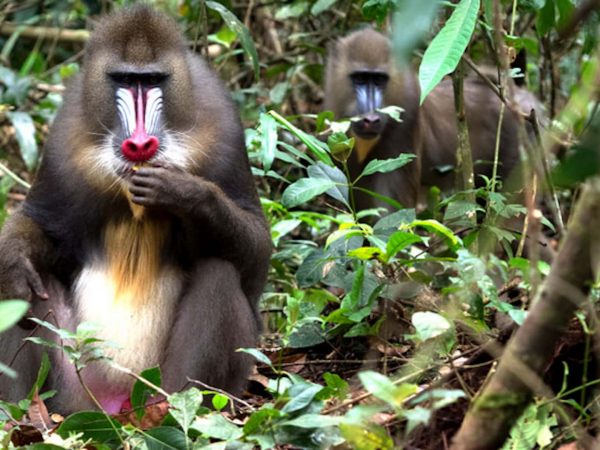 When visiting, travellers can choose from numerous national parks and nature reserves. Loango National Park is home to forest elephants, lagoons with whales and manatees, and it is said that after South Africa, this park is home to the largest concentrations and varieties of Whales and Dolphins in the world. Lopé National Park, Gabon’s oldest protected area, is home to gorillas, chimpanzees, and many other large mammals. Lopé, a UNESCO World Heritage Site, is known for its anthropological value as it has already been inhabited for 400,000 years. The oldest concentration of archaeological artefacts is found in the park.

Akanda and Pongara national parks together protect approximately 25% of the continent’s mangrove swamps. At around 300,000 hectares, Ivindo National Park is crucial for the protection of the rainforest and home to not only Forest Elephants, but also spectacular waterfalls often referred to as the ‘Wonders of Ivindo’.

Gabon is home to western lowland gorillas and nearly 200 mammals and 600 bird species. It is a country with an extremely high wildlife density. It is home to a small Forest Elephants, colourful mandrills, Red Forest buffalos, Red River hogs with furry ears, Slender-Snouted crocodiles, leopards, and even Leatherback turtles. Gabon’s lagoons are home to manatees, hippos, and tarpon, and the country hosts a few small reptiles and amphibians found exclusively in the forests.

The Olive-backed Forest Robin occurs nowhere else in the world. Some of the other bird species found in the country include the African Fish Eagle, Long-tailed Hawk, Pel’s Fishing Owl, Grey-necked Picathartes, and Vermiculated Fishing Owl.

Gabon offers a wide variety of accommodation options within its protected areas and nearby. Whether travellers are looking for something basic or more luxury, they are sure to find it. Gabon is a country with a great vibe, and Libreville has all the facilities travellers would expect, which includes ATMs, taxis, restaurants, and shops.

Gabon is always humid and hot as the country is situated on the equator. The wet season stretches from October through to December and late February to May, and average rainfall ranges between 1,500 and 2,000 millimetres. Average temperatures range between 23 and 29 degrees Celsius.

Click here to discover all our safari parks in Gabon.

Are you ready to plan your safari holiday to Gabon?

Click here to see all our safari parks in Gabon

When is the best time to visit Gabon?

Gabon is typically a year-round destination with two main seasons—wet and dry. The drier season is the best time to go, as there is more chance to see wildlife.

What kind of accommodation can I expect in Gabon?

Gabon offers a wide variety of accommodation options within its protected areas and nearby. Whether travellers are looking for something basic or more luxurious, they are sure to find it.

Do I need a visa to enter Gabon?

Travellers visiting Gabon require a passport valid for more than six months, a visa, and proof of accommodation. Visas can be obtained online, at a consulate in the country of origin, or upon arrival depending on nationality.

Are they any specific health/medical requirements I should be aware of for Gabon?

Travellers planning a trip to Gabon should consult their local travel clinic regarding vaccinations and malaria prevention. The CDC recommends the following vaccinations: hepatitis A, hepatitis B, typhoid, rabies, meningitis, polio, measles, mumps and rubella (MMR), while a yellow fever vaccination is required.

Is tap water safe to drink in Gabon?

Experts recommend that visitors stick to bottled water when travelling in Gabon, or use water-purifying tablets.

Are safaris family-friendly in Gabon?

Gabon is a great destination to travel to with the entire family as there are many things to do and see for any discerning travellers.

Do I need a certain level of fitness for a safari in Gabon?

Depending on the type of safari you opt for you, will depend on the level of fitness you’ll need. Walking safaris require a certain level of fitness, while guided game drives are perfect for any discerning traveller.

Should I get travel insurance for Gabon?

Most tour operators and travel agents will recommend purchasing travel insurance before arriving. Most plans include emergency air evacuation if visitors are travelling to remote areas of the country. We advise that visitors talk to their travel consultants before travelling.

Do I need an international driving license and what side of the road do they drive on in Gabon?

Category: Gabon
Back to Top