A country filled with friendly people and immense natural beauty.

South Africa should be a top choice when looking for a safari destination. Situated at the southern point of the African continent, the country offers something for everyone, from couples looking for a romantic getaway, family and friends, and adventure seekers to those with a passion for wildlife. South Africa is a country filled with friendly people and immense natural beauty.

The coastline stretches more than 2,850 kilometres from Namibia along the Atlantic Ocean southwards. The Atlantic and Indian Oceans meet at Cape Agulhas, the southernmost point of Africa, before continuing northwards to the Mozambican border. Inland, while travelling across the country, tourists will notice the remarkable changes in the vegetation as it is one of the most diverse countries in the world.

All major cities have international airports, including Johannesburg, the largest city in the country. Car rental facilities are available at all airports, which is probably the best option to travel to your safari destination. Driving takes place on the left side of the road. 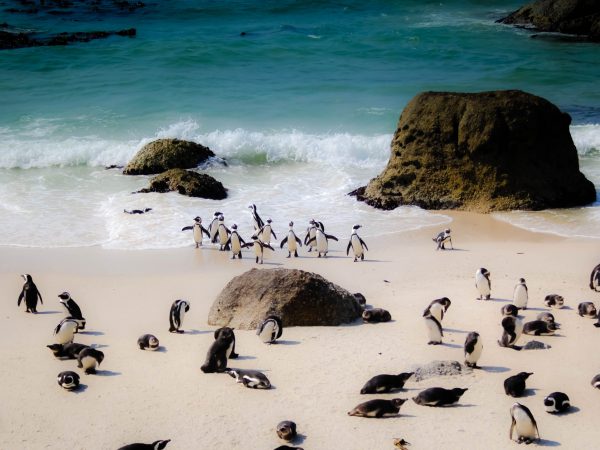 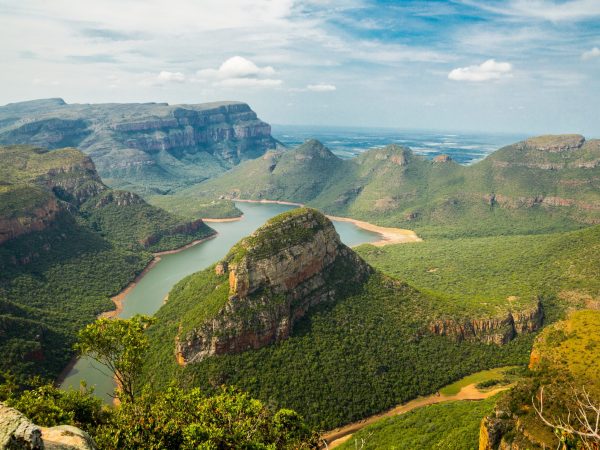 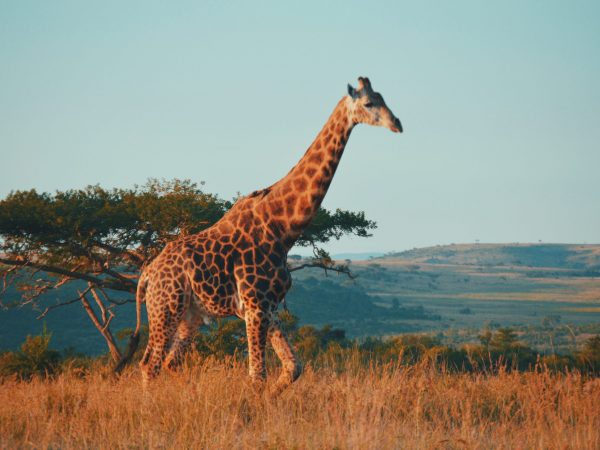 South Africa offers visitors a wide variety of holiday options. From cosmopolitan Cape Town with Table Mountain as a central feature to the nearby Winelands, the Cape is really one for the bucket list. While the ocean is slightly cold, the scenery is definitely something to marvel at. The Garden Route offers beautiful sandy beaches, a few are awarded Blue Flag status annually, and is covered in large indigenous forests worth exploring.

Furthermore, the country is also known for its rich history. Rock paintings and etchings are associated with the ancient Khoi and San people that first roamed the continent, and fossils of dinosaurs also scatter parts of the country.

South Africa’s wildlife is mostly confined to fenced protected areas, so visiting one of the many lodges, game reserves, national parks, and nature reserves will offer plenty of opportunities to spot wildlife. The country is home to more than 250 species. The Big 5 is, of course, what many seek, as seeing a lion, elephant, rhino, buffalo, or leopard in the wild can be a magical experience. Various species such as the Cape Grysbok and Bontebok are found nowhere else in the world. South Africa’s bird list is well over 850 species.

South Africa’s wide range of accommodation options is bound to satisfy many a traveller. Luxury 5-star experiences cater to the discerning traveller while those looking to get closer to nature can camp under the stars in a wide variety of parks and reserves. South Africa is relatively up to date when it comes to modern amenities. Major cities offer a variety of banks, restaurants, and shops. Public transport in South Africa is not always the most reliable, but car rental and e-hailing services are available.

The best time to visit South Africa depends on where you plan to travel to. South Africa’s climate ranges from Mediterranean to temperate and subtropical in certain regions. If tourists venture far northwest and they will come across desert conditions. The wet season is generally in from November to March, but the southwest of the country gets winter rain. The coastal temperatures are probably most consistent, but in general, summer averages are around 25 degrees Celsius. Winter average temperatures are approximately 17 degrees Celsius.

Click here to discover all our safari parks in South Africa.

See the Big 5 in South Africa.

This exclusive self-drive tour allows you to explore Cape Town, the Cape Winelands, the Karoo, and the Garden Route.
Discover More
Popular

Are you ready to plan your safari holiday to South Africa?

Click here to see all our safari parks in South Africa

When should I go to South Africa?

What kind of accommodation can I book in South Africa?

Luxury 5-star experiences cater to the discerning traveller while those looking to get closer to nature can camp under the stars in a wide variety of parks and reserves.

Do I need a visa to enter South Africa?

Are they any specific health requirements I should be aware of for South Africa?

The World Health Organisation recommends the following vaccinations for South Africa: hepatitis A, hepatitis B, typhoid, yellow fever, rabies, meningitis, polio, measles, mumps and rubella (MMR), Tdap (tetanus, diphtheria and pertussis), chickenpox, shingles, pneumonia and influenza. It is recommended that visitors check with a reputable travel clinic before departure as requirements may change.

Is tap water safe to drink in South Africa?

Tap water in South Africa is of high quality and safe to drink. Bottled water is also readily available.

Most lodges and camps in South Africa cater to families with special activities to stimulate the youngsters’ interest in all things wild and wonderful.

Do I have to have a certain level of fitness for a safari in South Africa?

If game viewing from a vehicle is to make up the bulk of the safari outing, even those without any fitness regime will be able to enjoy it. For more strenuous activities, like a walking safari, hiking in the mountains or adventurous excursions, one should have at least a moderate level of fitness.

Should I get travel insurance before leaving to South Africa?

Do I need an international driving permit in South Africa?

Visitors to South Africa are able to drive with a license issued in their country of residence if it is printed in English. If not, an International Drivers Permit is required.

Is there any cultural etiquette I should be aware of in South Africa?

Visitors to South Africa will encounter friendly and open people during their travels. There are not many cultural taboos and most greetings are conducted with a firm handshake.

Category: South Africa
Back to Top