A Remarkable Experience in Africa.

Beautiful and wild Tanzania is world-renowned for its animal viewing and wildlife experiences. The Serengeti National Park was the first of its kind on the continent and may have been home to the first-ever safari. This spectacular country is the site of Africa’s highest and lowest points: Mount Kilimanjaro at 5,895 metres above sea level, and the floor of Lake Tanganyika at 1,471 metres below sea level.

Officially known as the United Republic of Tanzania, this East African country is within the African Great Lakes Region, with one border made up of the Indian ocean, and eight other countries making up its remaining borders. The capital city, Dar es Salaam, lies on the coast and is home to the major airport Julius Nyerere International. However, there are over 40 smaller airports and airstrips around the country, making travel by lightweight aircraft the fastest and most common. Self-drive is possible, though many areas require a guide to enter. 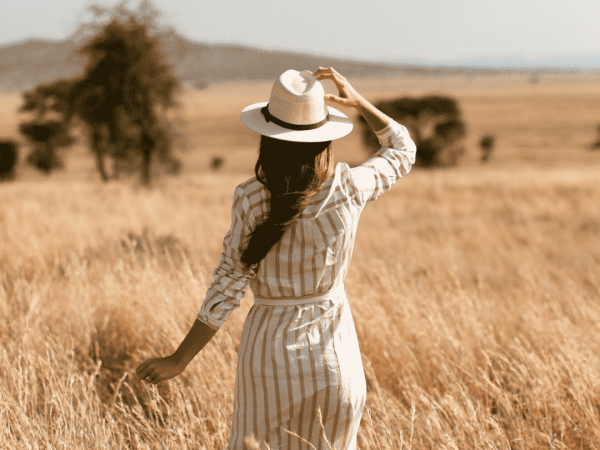 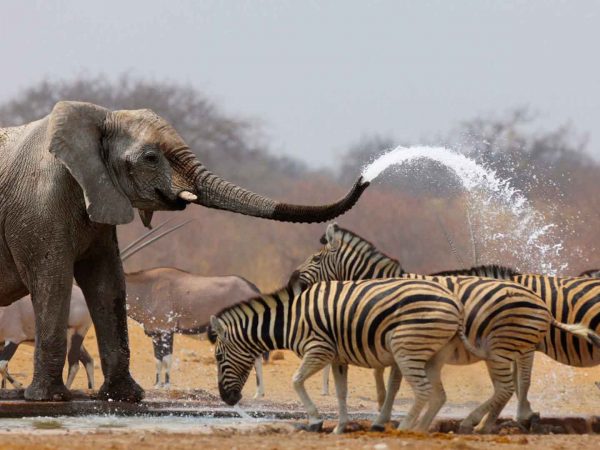 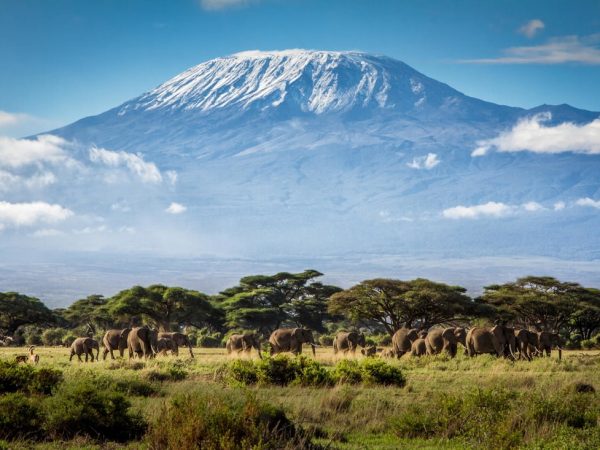 Tanzania is home to what could be called the A-list celebrities of tourism. The country is home to Mount Kilimanjaro, needing no introduction, Lake Victoria, Africa’s largest lake, and Lake Tanganyika, the continent’s deepest lake. The renowned Serengeti that assists in hosting the Great Migration of wildebeest and zebra annually, is also found in Tanzania, as well as the UNESCO heritage site, the Ngorongoro Crater, which has the highest density of big game in Africa. These are just inland attractions and only a few of many. The coastal regions are just as well-known with Zanzibar and Mafia islands destinations in their own right.

The Great Migration has been a drawcard for centuries, and it still is just as awe-inspiring. The sheer mass of animal diversity has meant that approximately 38 percent of Tanzania’s land area is set aside in protected areas for conservation. Tanzania has 16 national parks, plus a variety of game and forest reserves, including Gombe Stream National Park as the site of Jane Goodall’s ongoing study of chimpanzee behaviour. The wildlife inhabiting the Ngorongoro Crater is almost completely unique due to the closed-off eco-system as most animals can neither venture in or out of the area. Furthermore, the birdlife across the continent is very diverse.

Tanzania has a wide variety of accommodation available, each adapted to its environment. Accommodations include bungalow-style huts on beautiful beaches, large resorts along the coast, high-end luxury lodges in the safari areas, the very popular tented camps, backpacker dwellings, and bed-and-breakfasts. As Tanzania is one of the ‘oldest’ countries in terms of tourism, accommodations are found far and wide. Dar es Salaam is a major city with all modern conveniences. However, smaller towns do have a good source of shopping and markets.

Every season has pros and cons and will vary greatly depending on the reason for travel. Whether safari, climbing Kilimanjaro or visiting the beaches. In the highlands, temperatures range between 10 and 20 °C during cold and hot seasons, respectively. The rest of the country has temperatures rarely falling lower than 20 °C. The hottest period extends between November and February (25–31 °C) while the coldest period occurs between May and August (15–20 °C).

Click here to discover all our safari parks in Tanzania.

Witness one of the most extraordinary wildlife experiences
Discover More
Popular

Admire the landscape from up high on a balloon safari.
Discover More
Popular

Are you ready to plan your safari holiday to Tanzania?

Click here to see all our safari parks in Tanzania

When is the best time to visit Tanzania?

The hottest period extends between November and February (25–31 °C) while the coldest period occurs between May and August (15–20 °C).

What kind of accommodation can I expect in Tanzania?

Do I need a visa to enter Tanzania?

Are they any specific health/medical requirements I should be aware of in Tanzania?

The World Health Organisation recommends the following vaccinations for Tanzania: hepatitis A, hepatitis B, typhoid, cholera, yellow fever, rabies, meningitis, and tetanus. It is recommended that visitors check with a reputable travel clinic before departure as requirements may change.

Is tap water safe to drink in Tanzania?

Only use tap water for showering and washing hands. Consume bottled water that is readily available throughout the country.

As one of the most spectacular safari destinations in Africa, Tanzania caters to the whole family – mom and dad, the children and even the grandparents – with a unique combination of wildlife and scenery.

Do I have to have a certain level of fitness for a safari in Tanzania?

For a mere game viewing outing, safari-goers don’t need to be of the highest fitness level. When opting to take on Mount Kilimanjaro, one needs to be physically prepared for the arduous journey of taking on the highest point in Africa.

Should I get insurance before travelling to Tanzania?

Do I need an international permit to drive in Tanzania?

An International Driving Permit allows foreigners to drive in Tanzania and must at all times be carried with the visitor’s national drivers license. Driving is on the left side of the road.

Are there any important cultural aspects I should be aware of in Tanzania?

Some ethnic groups in the country are of the belief that a piece of their soul is taken when a photograph is snapped. Therefore ask permission before taking out the camera.

Category: Tanzania
Back to Top