Mgahinga Gorilla National Park is defined by a variety of fauna and flora—including the tropical slopes of the extinct volcanoes, montane woodland and forest, bamboo, and the Ericaceous zone which contains giant tree heathers. Furthermore, Mgahinga is one of two places in Uganda that provides a habitat for the critically endangered mountain gorilla. Local attractions in and around the park include gorilla trekking, walking safaris, mountain climbing, birding, and cultural excursions.

The Mgahinga Gorilla National Park is located in Bufumbira County of the Kisoro District, just 15 kilometres from the small town of Kisoro. Experts recommend a 4WD vehicle at all times, especially during the wet season. International travellers will fly into Entebbe International Airport in Kampala, which is approximately 500 kilometres from the National Park. Furthermore, there are domestic flights available from Entebbe to Kisoro.

Q How should I get to Mgahinga National Park?

Most safari-goers book their holiday through various tour operators, who organize transfers. Self-drive is an option and safari-goers can book a rental car from the international airport or through a reputable agency.

Equally deserving of attention are the notable bird species that include the Rwenzori turaco, the crowned hornbill, the black kite, and the crowned crane.

Mgahinga Gorilla National Park is open all year round. However, experts believe that the best time of year to visit—especially for gorilla trekking experiences—is during the dry months. The drier months are from June to August and again from December to January. The wet season can severely affect the nature trails for a trekking experience, making it difficult to navigate and taking time away from the safari.

Mgahinga Gorilla National Park may be Uganda’s smallest park, but that certainly doesn’t take away from the impressive experiences available. The National Park offers a powerhouse of activities to enjoy and an incredible opportunity to get back in touch with nature. The most famous experience has to be gorilla trekking. Safari-goers far and wide add Mgahinga Gorilla National Park to their bucket list. The critically-endangered mountain gorilla and equally impressive golden monkey call the National Park home, which means trekking through the jungle in search of these fascinating mammals is a once-in-a-lifetime experience.

For avid photographers, there is a viewing platform in the Park that offers an unsurpassed view of the surrounding areas. Those looking for a challenge can hike the trails that snake along the border of the DRC, where hikers and birders are rewarded with stunning views of Mt. Sabinyo’s peak and gorge and the diverse birdlife.

For a mix of culture and adventure, safari-goers can embark on a journey along the Batwa Trail, conducted by Batwa guides with valuable insight into their culture and history. The trail leads to the base of the Muhavura Cave. Other activities include mountain climbing and birdwatching,

Mgahinga Gorilla National Park boasts an array of accommodation establishments within the park. The options range from budget-friendly guest rooms to luxurious safari lodges with all the creature comforts of home. Guests staying in the National Park can disconnect from the nuances of life and get back in touch with nature, all while enjoying modern amenities in the African wilderness. 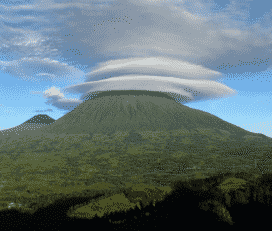 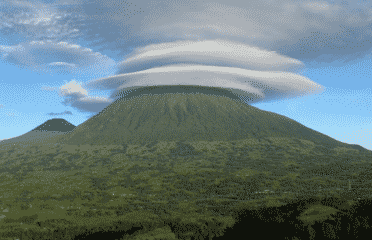 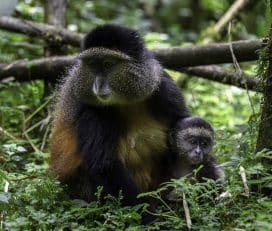 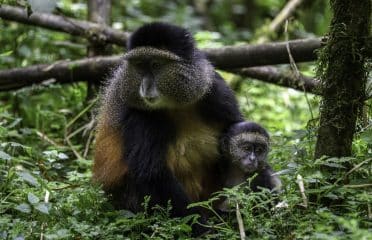