You will be met by large open sandy plains and rocky hilltops as soon as you enter through the gates of Mokala National Park, approximately 80km from Kimberley in the Northern Cape Province of South Africa. Apart from the famous camel thorn trees anchored in this beautiful arid landscape, the youngest park in the SANParks stable is also the place where endangered species roam.

Mokala has an interesting history. The park was previously known as Vaalbos National Park before land claims were lodged 1997 and 1998. Alternative spots had to be investigated to move the park and the area near Kimberley was selected and approved. Wildlife translocation to the current area officially started in 2006 which finally lead to the proclaimed in 2007 under the new name of Mokala National Park.

The park offers many opportunities for outdoor enthusiasts looking to appreciate the red sand setting and the spectacular sunrises and sunsets. Guided game drives are just one of them. If you want to experience the splendour of the landscape, a bush braai or breakfast under a 400-year-old camel thorn tree may be ideal. For those with an interest in cultural heritage, guided drives to rock art engraving sites are available. Just recently, guided walks were introduced, allowing you to experience wildlife and smaller things on foot.

Mokala, just over 32 000 hectares in size, is situated on the Riet River with the nearest airport and car rental facilities situated in Kimberley.

Q Can I drive in the park with a normal sedan?

Q Can I walk around in the park?

Unfortunately walking is not allowed outside the rest camps. There are Buffalo in the park so walking on foot, unless with a guide, is prohibited.

Q Is there a shop in the park, and what facilities are available?

There is a small shop in the park, but all shopping should be done outside the park in Kimberley. There is a swimming pool for overnight guests. Fuel is also not available in the park.

Mokala is known as the park where endangered species roam. You can see species such as Tsessebe, roan, sable, disease free buffalo, black and white rhino and antelope such as gemsbok, eland and red hartebeest. No large predators occur here.

Mokala has a varied range of birds. The park lies in a transition zone between Kalahari and Karoo vegetation types. Birds that can be spotted are the Kalahari species such as Black-chested prinia and its Karoo equivalent Rufous-eared Warbler, also the Melodious Lark. The rocky hillocks that characterise the park attract species such as Freckled Nightjar, and Cinnamon-breasted Bunting. The park is also home to one of the southernmost breeding colonies of white-backed vulture.

Rain falls mainly in summer in the region. It is erratic and range from 300- 700 mm per year. Winters can be cold, and summers can be scorching. Winter temperatures can be low as -4 degrees Celsius while summer months can rise to 44 degrees Celsius. There is no malaria in the area.

Explore the beauty of the park in your own vehicle or go on a guided game drive. There are numerous rock art sites in the park, so guided tours can be booked to see these. The park offers bush braais under a 400 year old camel thorn tree, but bookings must be made 2 weeks in advance. There is a picnic sites in Mokala and guests can also fish along the Riet River at one of the designated sites.

If you’ve ever had an unfulfilled fantasy of sleeping in a tree house in the middle of the bush, this is the park to visit. This unfenced gem overlooks a water hole and you will be alone in your surroundings, apart of course for the game coming for a drink. Other accommodation options in the park include chalets at Mosu Lodge or the Lilydale Rest Camp overlooking the Riet River. For contingencies as big as 60 people, the Mofele Environmental Centre, a rustic farm style setting, will meet your requirements. Other options include a rustic cottage tucked away in the bush and camping. 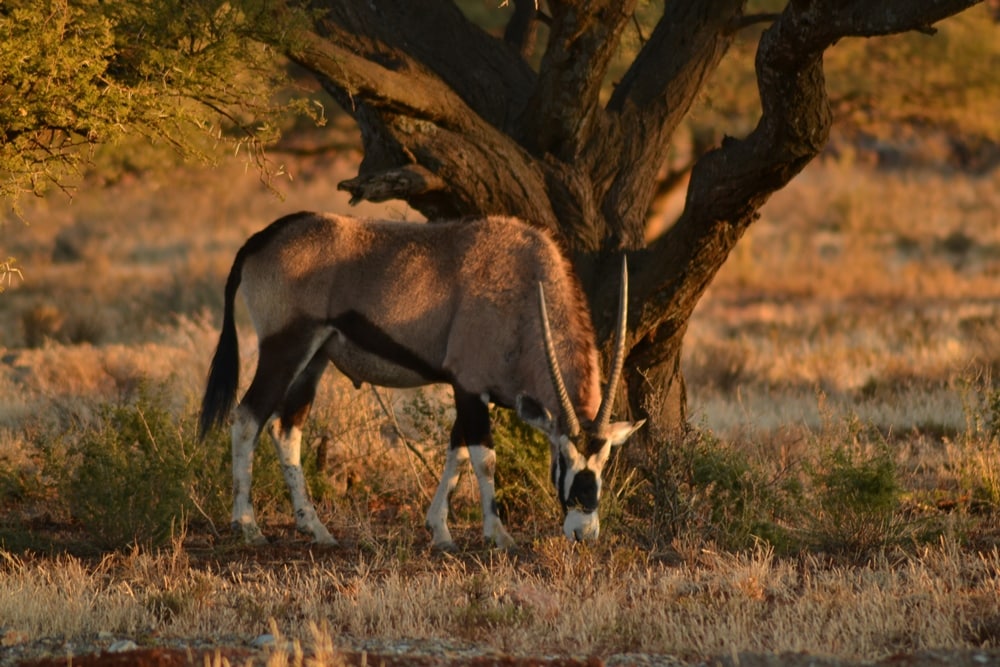 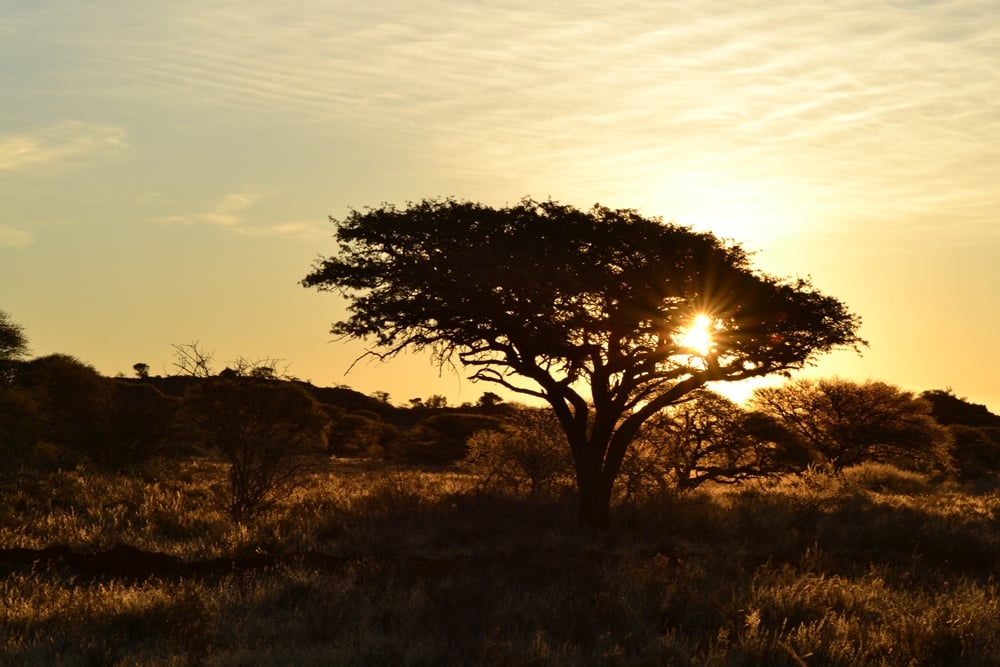 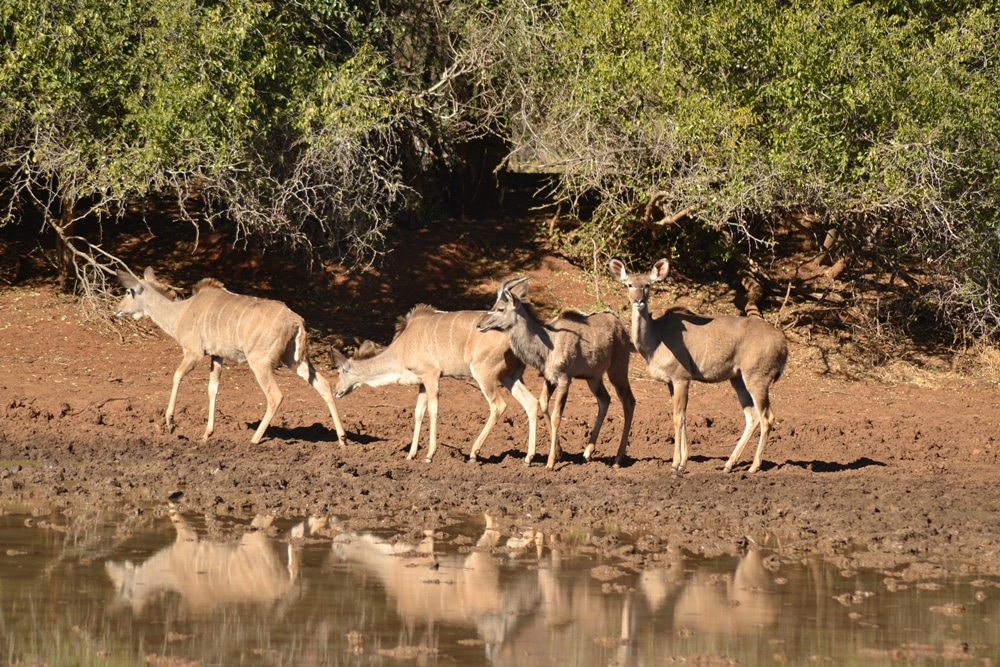 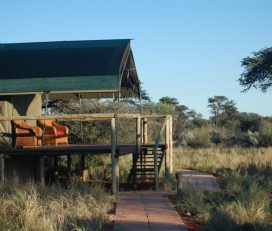 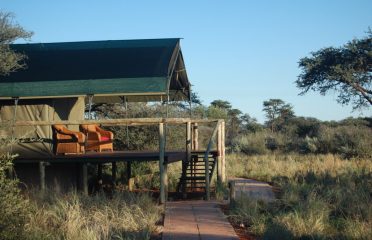 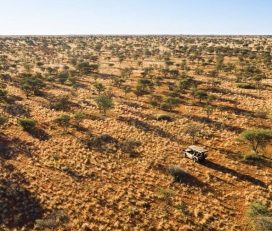 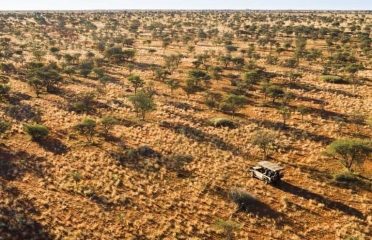 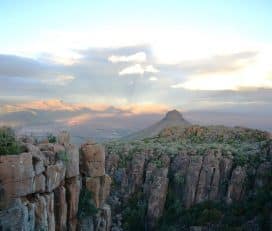 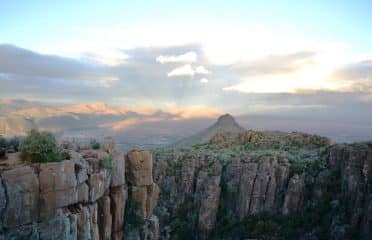