Wildlife Warriors: Using the Big Screen in the Fight Against Rhino Poaching

Two women, alone in the dark and seedy world of rhino poaching, with the result—the award-winning and world-acclaimed documentary STROOP—journey into the rhino horn war.

Why did these wildlife warriors do it, and how did they do it? The questions are endless, but presenter and co-producer Bonné de Bod and director Susan Scott remained steadfast and unwavering in their quest to discover the reasons behind the rhino horn war. And, in their own words, “We made this film so that no one can say they didn’t know”.

What initially started as a six-month project eventually turned in a four-year odyssey to document the rhino’s fight for survival and the people closely connected to the life and death struggle of this iconic animal. Bonné and Susan embed themselves on the front-lines, from Africa to Asia, where they were given exclusive access to rhino owners, rangers, veterinarians, law enforcement officials, and even rhino horn users.

At the demand site in Asia, filming undercover, they found themselves in some hair-raising situations. From checking in and out of hotels and using cash instead of credit cards to staying ahead of Communist Party monitors, as well as enduring dangerous encounters with illegal wildlife dealers.

Bonné admits it wasn’t an easy journey, but something they simply had to do.

“I had many ups and downs during the four years investigating this world of greed. The most difficult part was witnessing what we, as humans, are capable of. Rhinos are our heritage, and they are desperately at stake. If we look back 10 years from now, this will be the turning point. Either we would have saved the species, or we would have failed them and just have our memories of them in the wild.”

For Susan, it was about so much more than just the animal.

“I always thought the rhino poaching crisis was about the rhinos, the animals. And yes, of course, it is, but it’s also about the inspiring people we’ve met, who we’ve filmed along the way. They kept me going. As filmmakers, we briefly entered their lives and left when we’re done filming. They have to live with this 24/7. It has changed their lives – not just from a terror or security aspect, but everything right down to their relationships with their partners.”

Both Bonné and Susan wanted to STROOP to make it to the big and small screen without any commercial influence. Various organisations with their own views on solutions to rhino poaching crises offered to fund them but the duo was adamant that there should be no outside influence at all. The film was therefore entirely self-funded, crowd-funded, and with grants sourced.

The filmmakers met and interviewed many people during their course of filming. Among them, famous people and royalty. They interviewed Dr Jane Goodall, filmed Prince Harry, and also met Prince Albert of Monaco.

Bonné says it was a huge honour to sit down with Goodall, even though she was a bit starstruck.

“It’s not every day you get to meet one of the world’s biggest environmental idols, so you can say that it was a pretty big occasion for me. Growing up, I admired what Dr Goodall was doing, but it was only when I got older that I realised that what she did was groundbreaking, believing animals have personalities when science frowned upon it. She stuck for what she believed in and that is what I admire so much. She inspired me to want to play a part in people appreciating the beauty of nature and wildlife and influence them against destroying it. Without looking into the eyes of a rhino through the stories we tell and the pictures we show, a lot of people will not know what we are talking about and just would not care.”

Susan believes the fact that she and Bonné were two female filmmakers were instrumental in the success of STROOP.

“We were trusted easily, and many times in filming in sensitive locations with nervous characters, it was just myself behind the camera and then Bonné with them. Bonné is well known as a credible wildlife presenter and journalist in South Africa, so the two of us were able to get the intimate moments we needed to tell this never-before-seen story.” 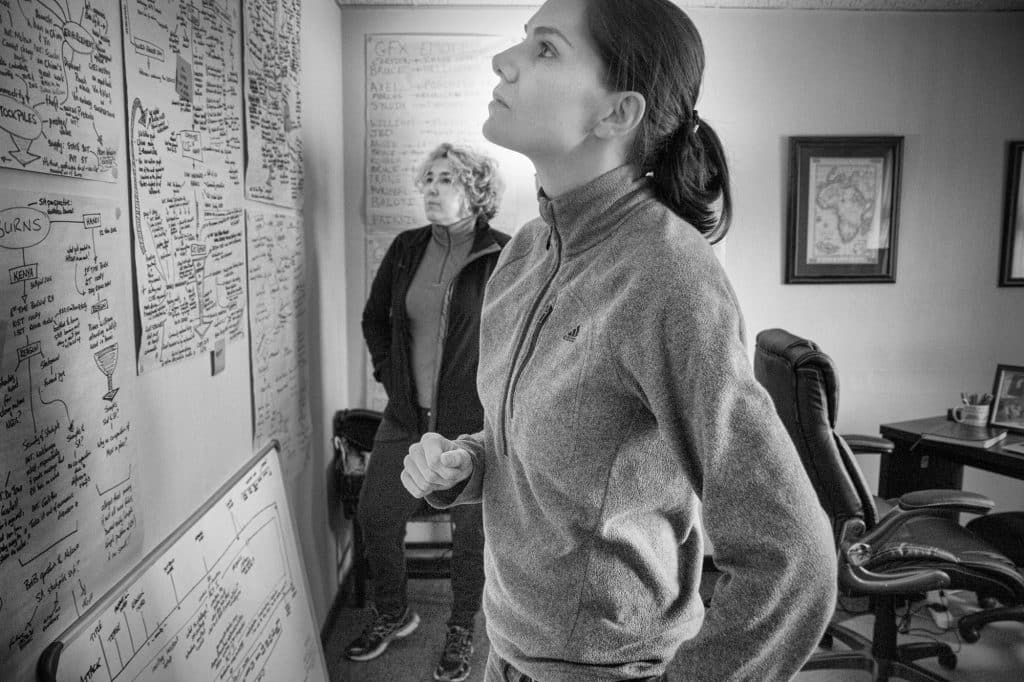 Who are these two brave women who sacrificed almost half a decade of their lives to document one of the greatest wildlife crimes of recent times?

Bonné is a well known and award-winning wildlife television presenter. She was on South Africa’s popular wildlife and environment programme 50|50 for seven seasons, and is still a special correspondent for SABC’s Newsroom. Also, here series ‘Rhino Blog’, on DSTV’s People’s Weather, is one of the most popular shows.

Her in-depth knowledge on the rhino poaching crisis from filming STROOP led Bonné to facilitate discussions on illegal wildlife trafficking for the United Nationals Environmental Programme, as well as talks on radio, at film festivals, and wildlife symposiums.

Susan has produced stories on wildlife issues for various broadcasters around the world. Before her directing work, she was a film editor for 17 years, working for some of the best wildlife filmmakers on the planet. Susan has won several awards for her work, among them are three SAFTAs, a Jackson Hole Wildlife Film Festival award, as well as winning the SAB Environmentalist of the Year for her writing and photography. STROOP was the first time she was the director of a wildlife documentary feature film. 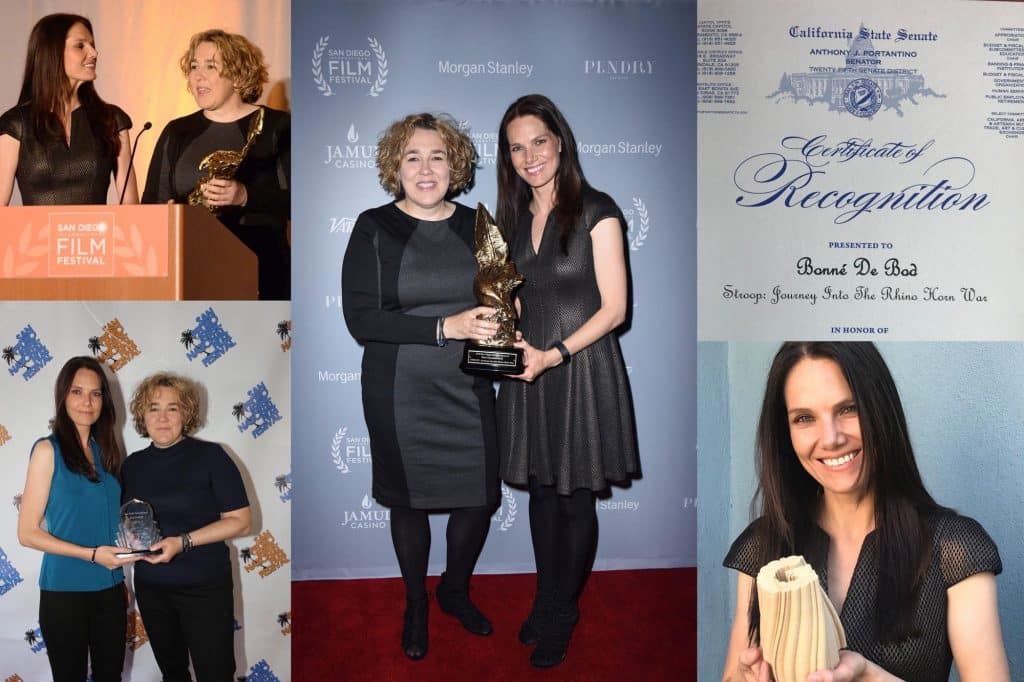 With selections to more than 30 international film festivals and walking away with 28 local and international awards, as well as broadcasts on television screens across the globe, STROOP—journey into the rhino horn war continues to influence every viewer. And that is what they set out to do from the beginning, Bonné and Susan say in unison.

“We, as humans, have a moral responsibility to protect them, to protect all living species, it is simply the right thing to do.” 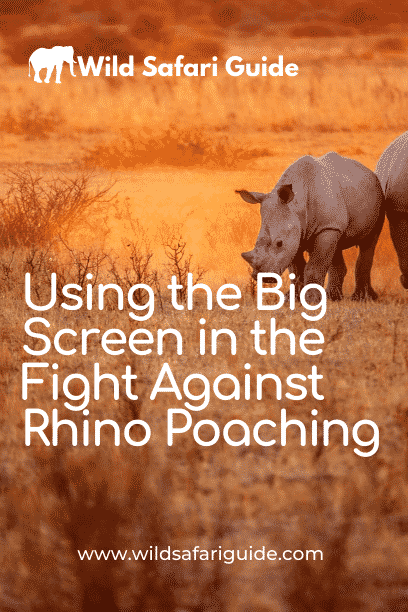 Where will your African adventure take you?