There are two living species of elephant in Africa—the African bush elephant and the African forest elephant. According to DNA, studies put the separation between these two species at between 2.6 and 5.6 million years ago.

As a senior member of the herd, a matriarch leads several adult cows and their off-spring that includes younger cows and sub-adult bulls. There is a great difference in readiness between cows and bulls when it comes to reproducing. While females generally start breeding between 10 and 12 years of age, males start siring offspring only from their mid-20’s onwards.

The structure of the brain of the African elephant makes it one of the most intelligent animals, along with primates and dolphins. Furthermore, this mighty mammal displays a range of actions that can be regarded as compassion, cooperation, and grief. The conservation status of the African elephant is regarded as “Vulnerable”. The biggest threat to the species is the illegal ivory trade. 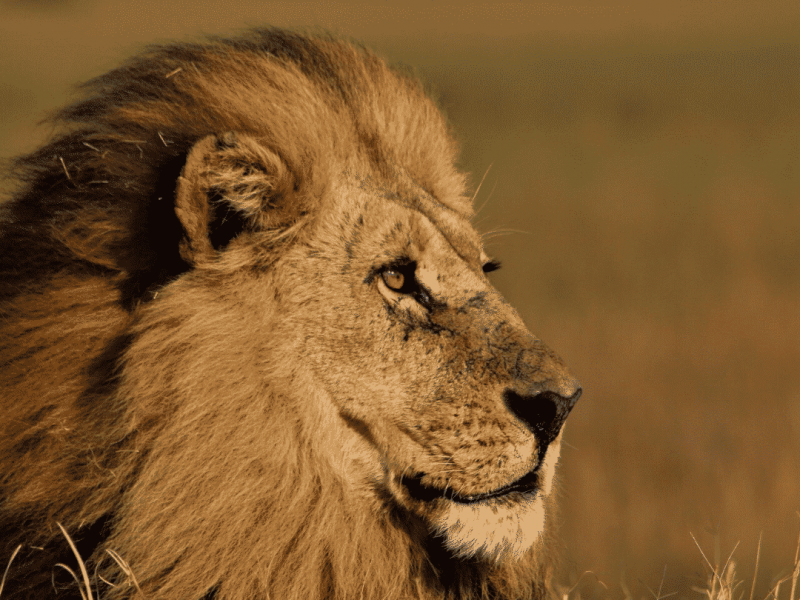 Both species of rhino have two horns from keratin growing at the front of their faces. They use it when feeding, to dig up roots, or break branches.

The Cape buffalo may present itself as just another bovine. However, its unpredictable mood has given rise to nicknames such as “ widowmaker”.