10 Iconic Places to Visit in Africa

Planning a trip to Africa? Check out these 10 most iconic places to visit in Africa.

Spanning more than 8,000 kilometres from north to south and 7,500 kilometres east to west, the vast expanse of Africa is astonishing. The continent boasts an incredible diversity with 54 countries that offer a powerhouse of attractions and outdoor recreation for any discerning travellers to experience while visiting. Wild Safari Guide highlights the 10 most iconic places to visit in Africa below.

A visit to the Volcanoes National Park and participating in a classic gorilla trekking expedition is a once-in-a-lifetime safari experience. Spanning 160 square kilometres in the northwest of Rwanda, it is a wildlife haven like no other. The famed mountain gorillas in the park were immortalised by the ground-breaking work of naturalist Dian Fossey who established the Karisoke Research Centre to study these great apes. She is buried in the park, and her grave can be visited by safari-goers. The Serengeti in Tanzania is home to the Great Migration that is regarded as one of the greatest wildlife phenomena and one of the seven natural wonders of Africa. Every year close to 2,000 000 wildebeest, zebra and Thomson’s gazelles tempt fate in search of greener pastures. The park is located a couple of hundred kilometres northwest of Arusha and lies on a high plateau between the Ngorongoro highlands and the border with Kenya. It is aptly named “endless plains” by the Maasai people, and its vast rolling grasslands and endless savannah give travellers a soul-stirring sense of space. 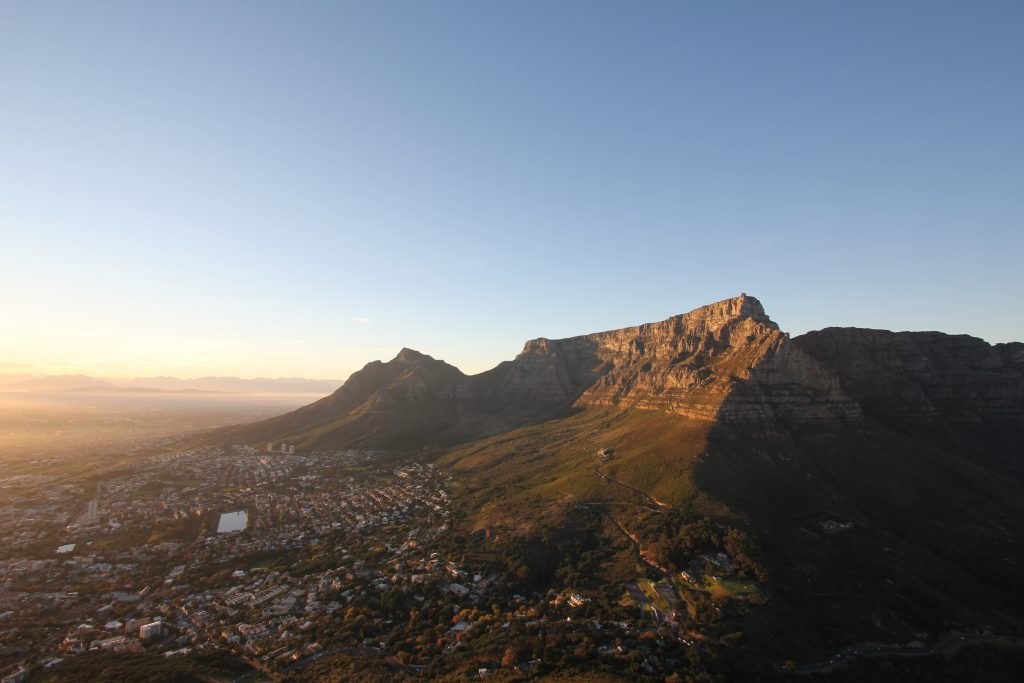 Table Mountain looms large over Cape Town as one of South Africa’s most prominent features. The level plateau is edged by impressive cliffs and flanked by Devil’s Peak to the east and Lion’s Head to the west. The mountain forms part of the Table Mountain National Park, and many visitors use the cableway or their own feet to get to the top. Here they are greeted by sweeping views of the City Bowl, Table Bay Harbour and Robben Island in the distance. 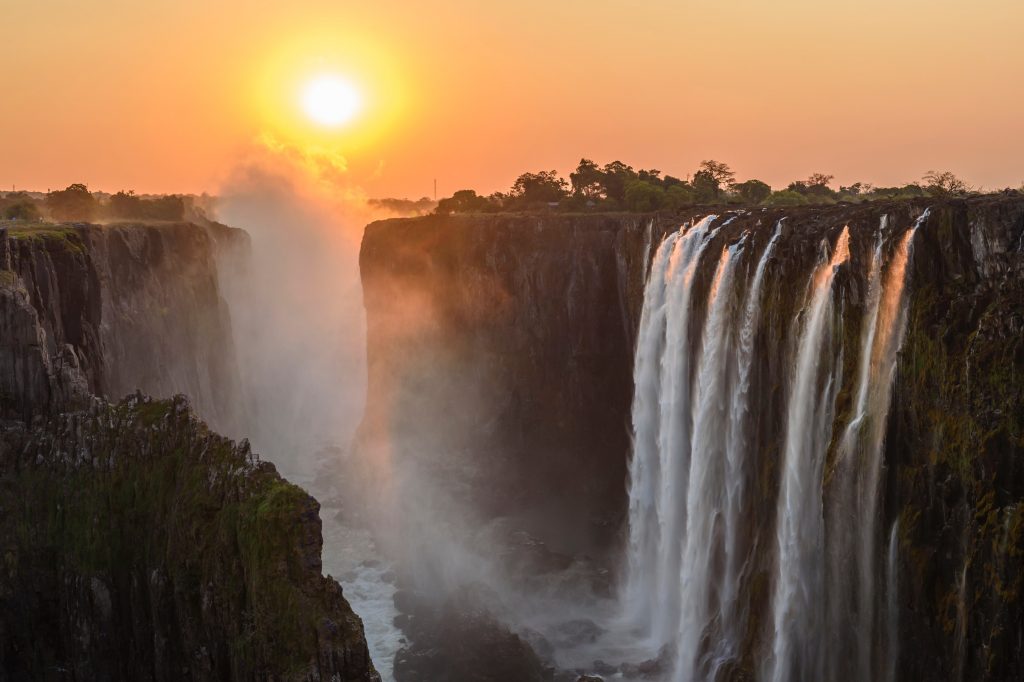 Encountering “The Smoke That Thunders”, like the Victoria Falls on the Zambezi River is also known as, is a must-do on a trip to Zimbabwe. It is classified as the largest waterfall in the world, based on its combined width of 1,708 metres and height of 108 metres. The Victoria Falls and Zambezi National Parks contain abundant wildlife including sizeable populations of elephants, buffalo, giraffes, Grant’s zebra, and a variety of antelope. The river above the falls contains large populations of hippopotamus and crocodiles. 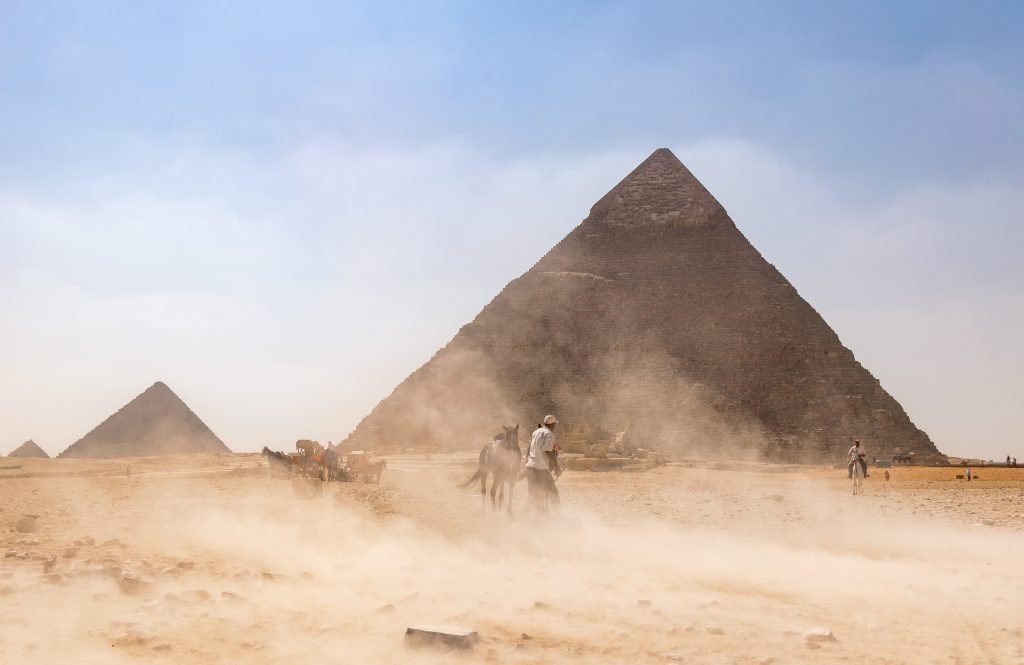 Visitors to the Great Pyramid of Giza in Egypt will encounter the oldest of the Seven Wonders of the Ancient World and the only one to remain largely intact. Believed to be built as a tomb for Pharaoh Khufu, it was regarded as the tallest man-made structure in the world for nearly 4,000 years. The sheer size of the pyramid is breathtaking. It is estimated to weigh around 6,000 000 million tonnes and consists of more than 2,000 000 million blocks of limestone and granite, some weighing as much as 80 tonnes.

The souk experience at Morocco’s Jemaa el-Fnaa will add another element to an African journey. The term souk refers to a marketplace, bazaar or street where goods and services are exchanged or sold and where haggling is still an important part of the trade. Jemaa el-Fnaa is situated in Marrakesh’s medina quarter, and everything from bejewelled sandals to spices and leather-ware is sold and traded in daily transactions with locals and tourists. It was also featured in the Alfred Hitchcock movie The Man Who Knew Too Much and the book A Year in Marrakesh by Peter Mayne. 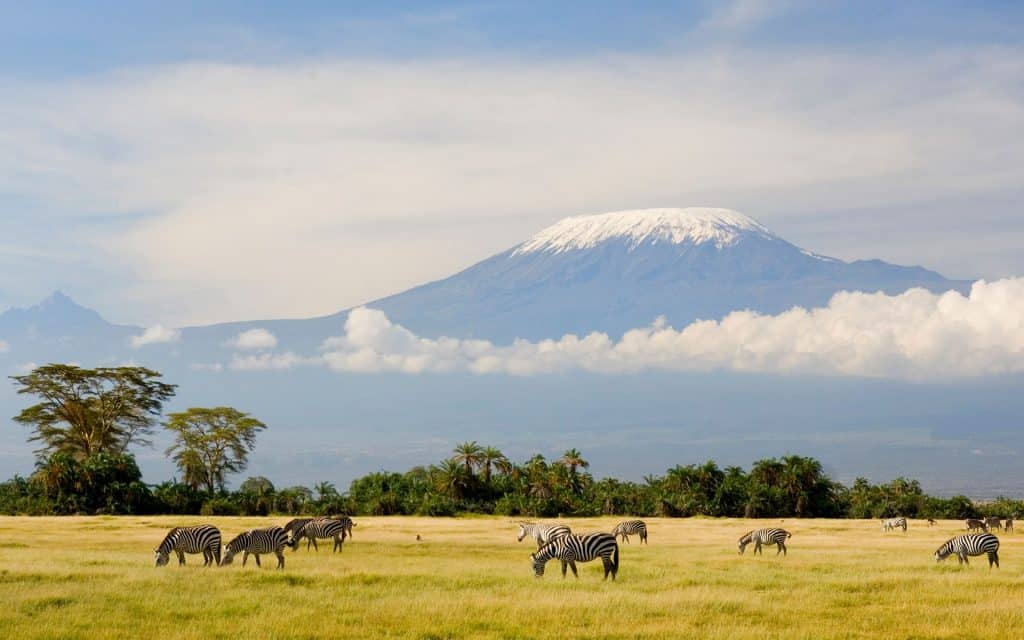 As the highest mountain and Africa and the highest single free-standing in the world at nearly 6,000 metres above sea level, Kilimanjaro is a major climbing destination in Tanzania. Getting to the top through its unique climate zones is regarded as the equivalent of a trip from the equator to the arctic. There are seven official trekking routes by which to ascend and descend Kilimanjaro in anything between five and seven days. Other activities in and around the mountain include paragliding, walking safaris, crater camping and mountain biking. 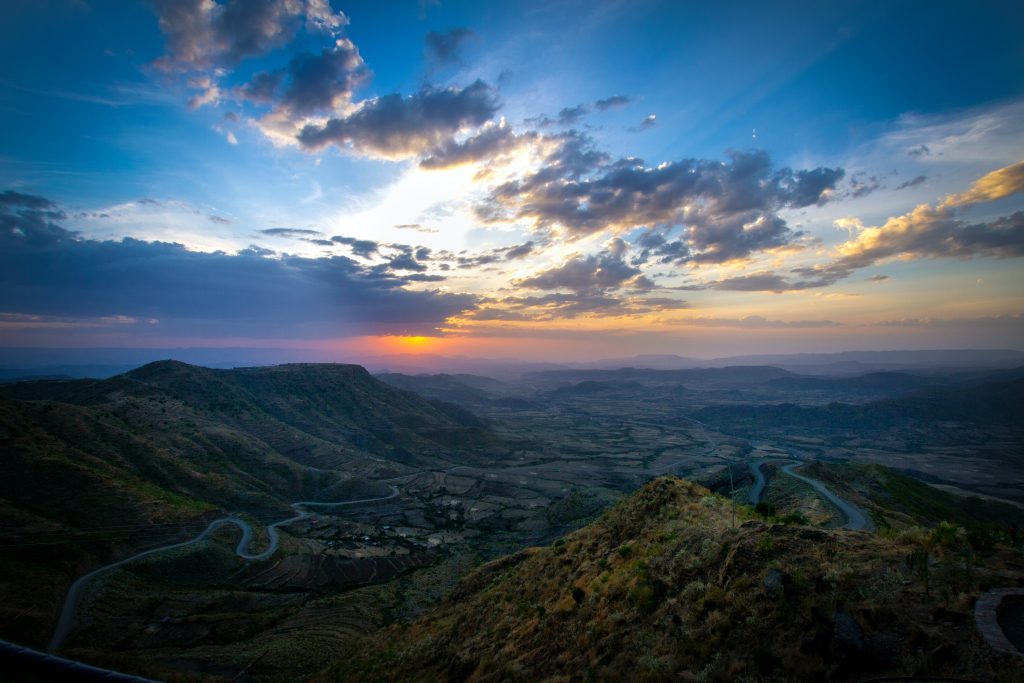 Known around the world for its monolithic churches, Lalibela in Ethiopia gives a glimpse into places of worship of yesteryear. They were constructed by medieval Ethiopian civilisation with Lalibela, the Emperor of the country between 1181 to 1221, claiming the naming rights. There are 11 churches, assembled in three groups and each with its unique features. Bet Golgotha is said to contain the tomb of King Lalibela while Bet Giyorgis is entirely carved out of a giant rock. Bet Merkorios is believed to be a former prison, and Bet Abba Libanos is linked to a holy bakery.

Botswana’s Okavango Delta undoubtedly deserves its crown as one of the Seven Natural Wonders of Africa and a UNESCO World Heritage Site. It is one of the world’s great inland waterways and a spectacular sight when observed by air, boat or mokoro. It is home to a vast array of wildlife that attracts thousands of visitors each year. Sightings of the Big Five and large herds of lechwe, numbering almost 90 000 individuals, are guaranteed. The Delta also hosts over 400 bird species, including Pel’s fishing owl, Egyptian goose, South African shelduck and African jacana. 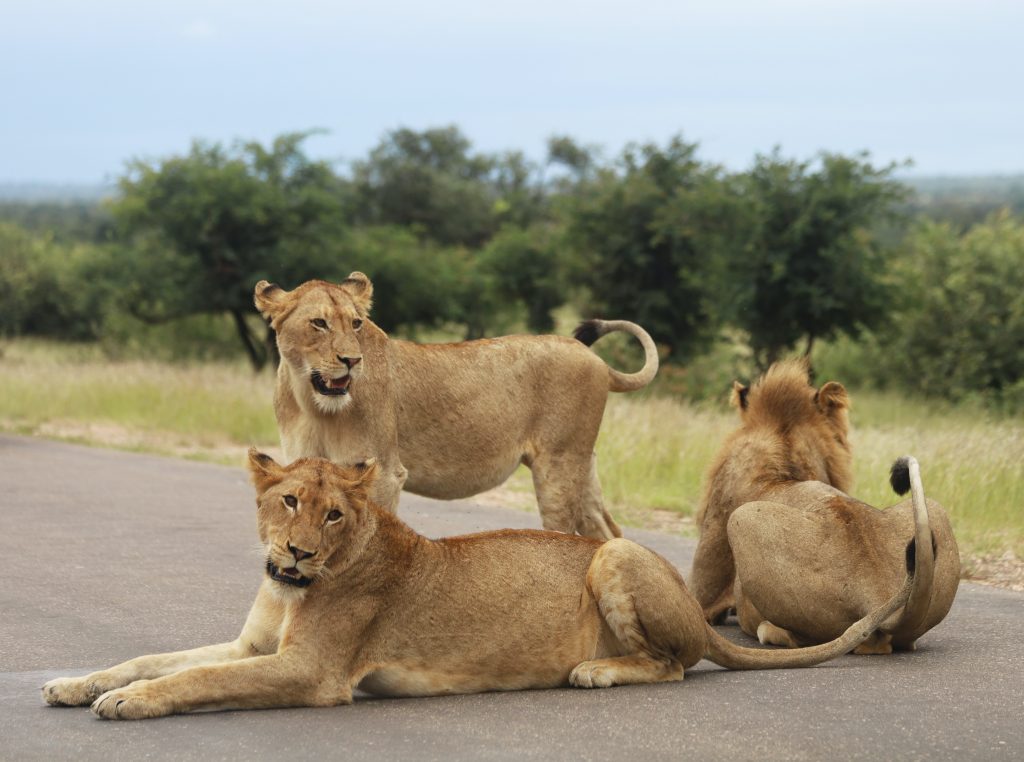 The Kruger National Park most certainly deserves its spot as one of the most iconic destinations in Africa. This South African bushveld paradise covers nearly 2,000 000 hectares, and its richness in fauna and flora is evident in the nearly 150 mammals, 500 birds and more than 1900 plant species. Departing on game drives at dawn and dusk to observe these iconic species wandering free and wild in a wildlife haven like nowhere else is at the top of almost all safari bucket lists. Participating in one of the park’s wilderness trails is another once-in-a-lifetime excursion.

South Africa safari holidays are at the top of the bucket list for many travellers seeking to get up close and personal with the inhabitants of the natural world.
Discover More
Previous
Next