Interesting facts about the endangered wildlife of Africa

Africa is home to a varied spectrum of flora and fauna, with more species diversity than any other continent on the planet. Unfortunately, as human populations rise, so does urban expansion and resource demand; this, combined with illegal wildlife trading, puts many animals’ lives in jeopardy. Many of Africa’s endangered wildlife populations are now protected in reserves and national parks, which is a good thing. Conservationists’ massive efforts, based on principles of sustainability and education, have supported the survival of countless species on the verge of extinction.

Among Africa’s astonishing array of safari animals, including the Big Five, there are some that only a few safari visitors are fortunate enough to see. Here are some of Africa’s most endangered wildlife species. 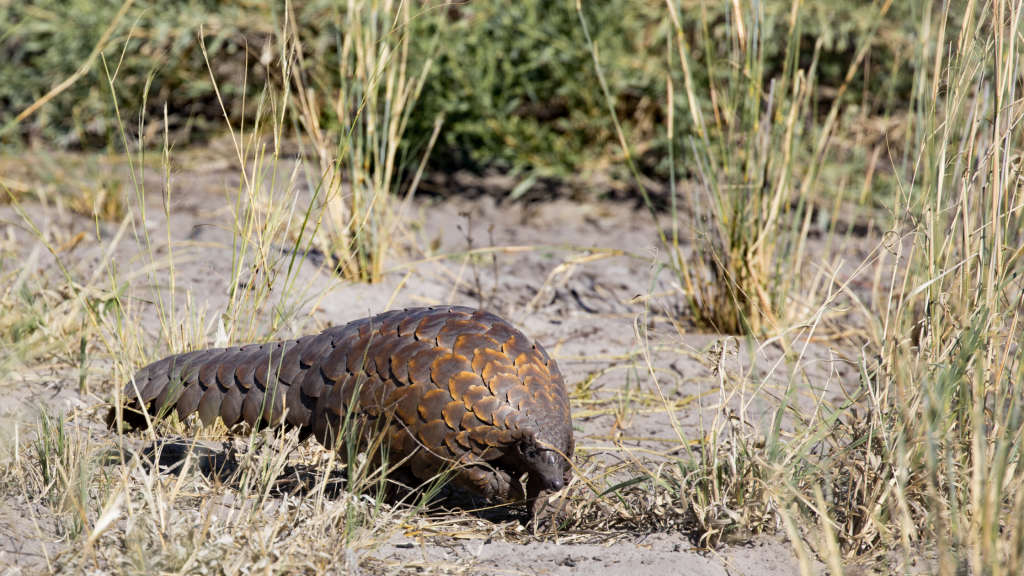 Africa is home to four pangolin species: Temminck’s Ground pangolin, white-bellied pangolin, Giant Ground pangolin, and black-bellied pangolin. Pangolins are the only species on the planet with these tough, reptilian-like scales. The pangolin is one of the most heavily trafficked and critically endangered species on the planet; its meat is considered a delicacy, and its scales (which are little more than keratin) are used in traditional medicine. On a safari, you’ll find pangolins digging on the ground for their major food source, despite their ability to climb trees. Consider yourself exceedingly fortunate to witness one of these rare animals in Africa, as they are nocturnal and extremely shy. 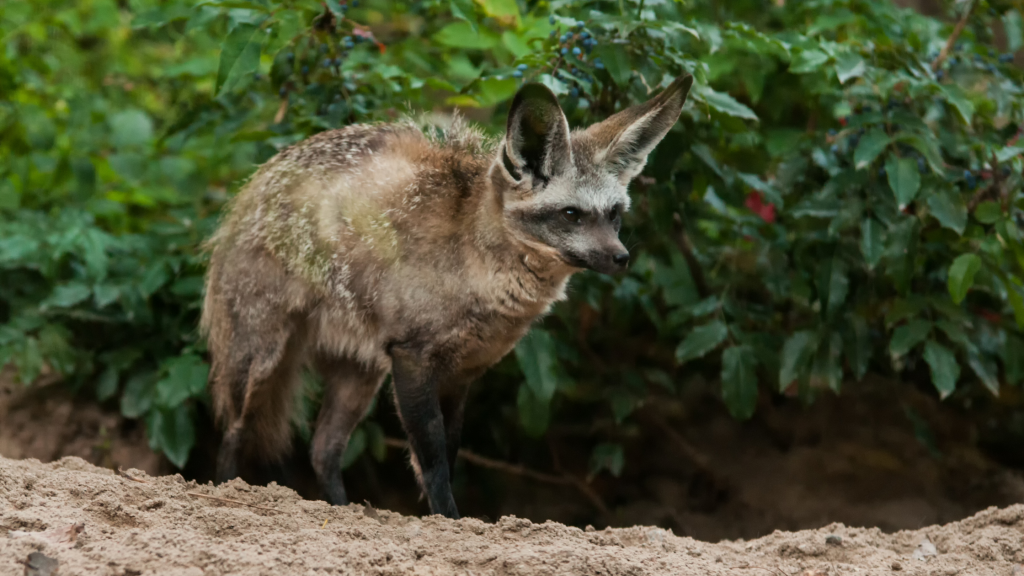 The bat-eared fox is distinguished by its enormous dish-like ears and stunning grey-black patterns. Their ears are impressively large, measuring 13cm in height, and they can detect underground insect movements. Bat-eared foxes raise their pups in family groups and have a litter of three to six puppies once a year. Surprisingly, males are just as involved as mothers in guarding, grooming, and playing with their young.

Their population is threatened by human development encroaching on their habitats, making them one of Africa’s most endangered animals. Bat-eared foxes are mostly found in arid and semi-arid environments, but their range has expanded to include South Africa’s Cape Peninsula and Cape Agulhas, as well as thriving populations elsewhere. 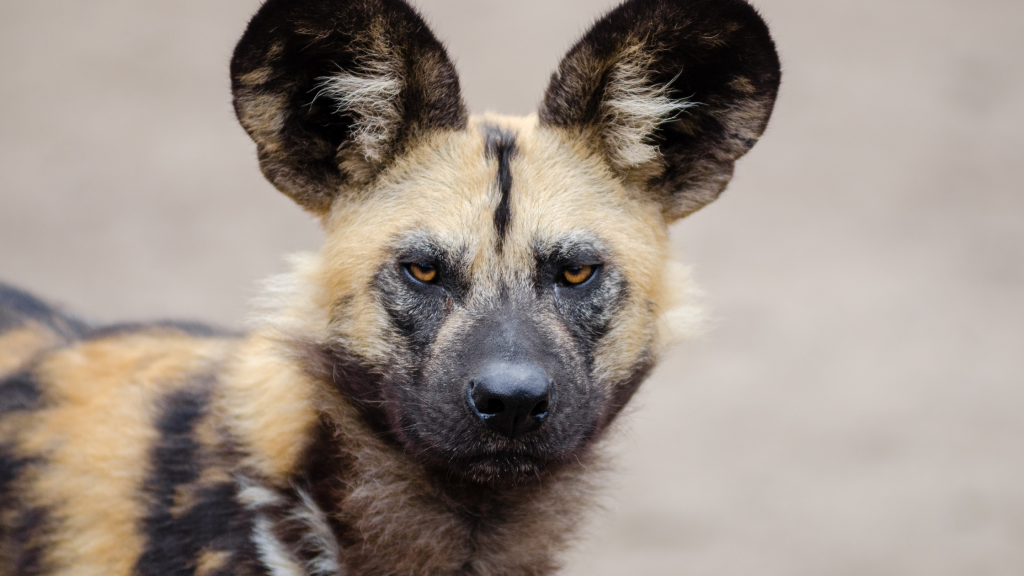 African wild dogs are highly endangered and one of the continent’s rarest mammals, with only about 6000 left in the wild. These dogs, known as the “painted wolf of Africa,” live in complex social groups. They cooperate as a family with specific means of communication, protecting the weaker members of the group and working each other up to a frenzy before a hunt – their hunting talents are nothing short of prodigious. Furthermore, due to muscles that allow their ears to rotate, they have exceptional hearing. You might spot them hunting in groups, sleeping in the shade of trees, or hear their characteristic howls and yipping vocalizations. African wild dogs are typically found in Sub-Saharan Africa’s vast plains and sparse woods. 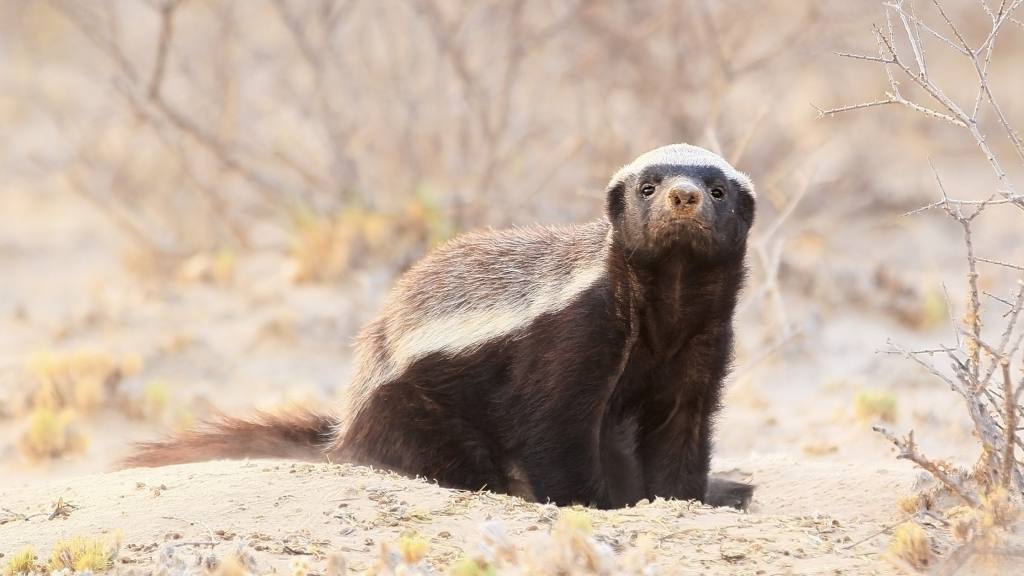 Despite their charming appearance, African honey badgers are respected as fearless hunters. They have powerful jaws and have evolved defences to cope with their harsh surroundings. They can get away from larger creatures by emitting an odour. Honey badgers are fearsome creatures, having been known to take on horned antelopes 10 times their size, quilled porcupines, and even lethal snakes like the Cobra. They’re also hardy hunters who will travel up to 20 miles for a meal. In Sub-Saharan Africa and South Africa, honey badgers can be found living in a variety of biomes, including woods, deserts, and hilly places. 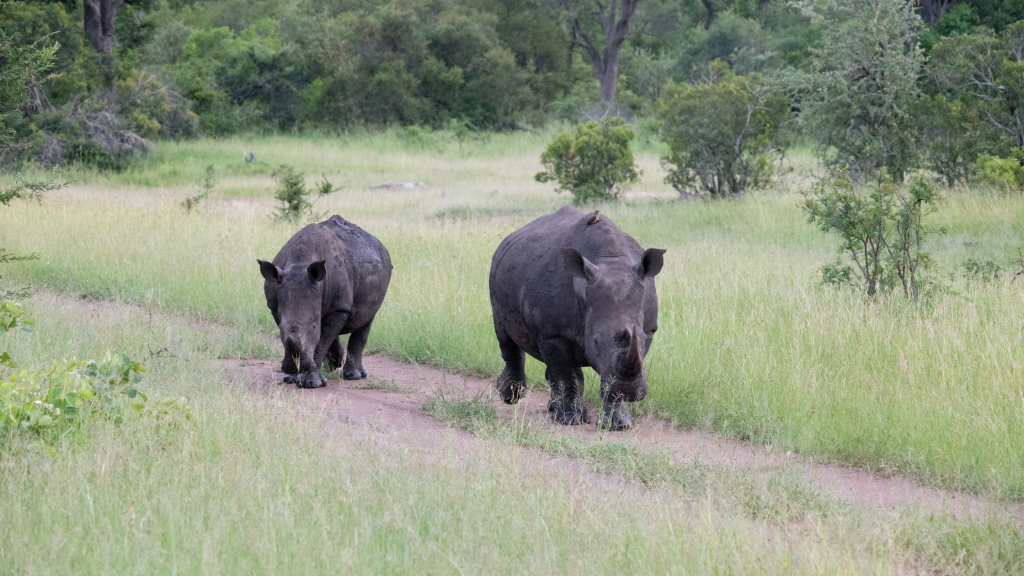 The Black Rhino is distinguished from the White Rhino by its pointed upper lip. They can reach speeds of up to 55 km/h, making for a spectacular sight to behold. Sadly, only about 5000 black rhinos are living in the wild, making them extremely endangered. Illegal wildlife trade and widespread poaching pose a threat to their population. Anti-poaching units from all over the continent are working tirelessly to protect these endangered species, and their efforts are nothing short of extraordinary. 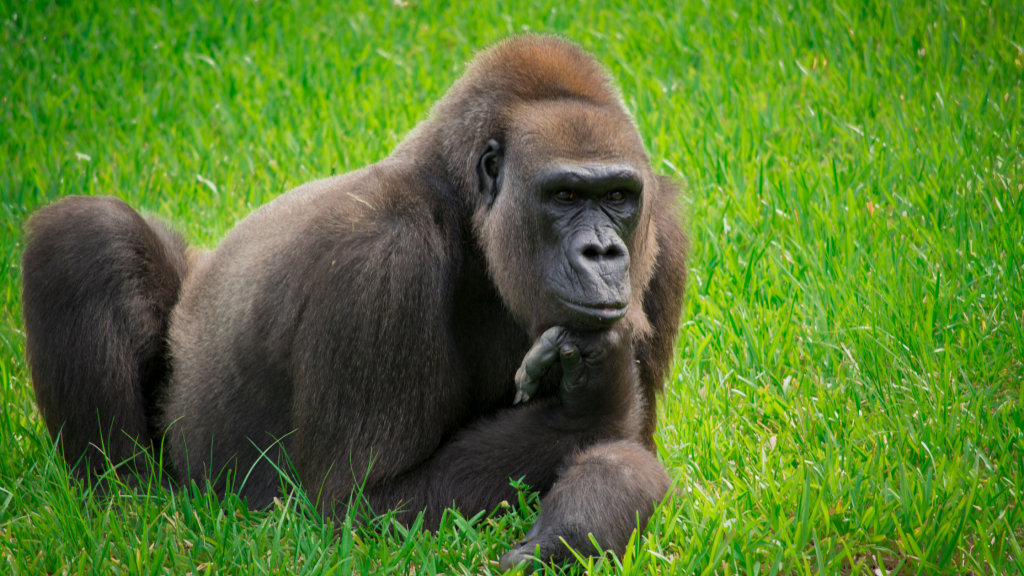 Gorillas are extremely intelligent animals. They have been recorded in the wild adjusting to their environment by using sticks to detect water depth and bamboo as a ladder to assist young in climbing. Love, hate, fear, pride, jealousy, anger, greed, and grief are all emotions that gorillas are capable of feeling. Gorillas communicate with each other using at least 22 different noises, as well as body posture, facial expression, body odour, and other methods. Rangers are familiar with gorillas because of their highly endangered status, and they may be recognised by their distinct personalities.

The African civet can be found in the grassy plains of southern Sub-Saharan Africa, hidden by their black-brown fur coats. Tropical woodlands and jungles, as well as other dense vegetations that provide both cover and prey, are the most common habitats for African Civets. An African civet’s perineal glands secrete musk, which is one of the animal’s most distinguishing characteristics. They indicate their territory by rubbing their bellies on the ground. Civets from Africa are sought for their musk, which is used in many perfumes. Despite this, their population has stabilized, but there is still work to be done.