Bemaraha National Park in Madagascar is a prehistoric landscape that looks like the set of a sci-fi movie. Carpeted in unusual limestone rocky outcrops bursting through forests of green, this national park is one of the most scenic parks in Madagascar. Situated in a remote and hard-to-reach corner of northwest Madagascar in the Melaky Region, Bemaraha National Park is well worth exploring.

The unusual terrain is predominantly sharp blades of elongated rock, gouged fissures and deep canyons. This national park truly is a geological marvel, well-worth a visit just for its dramatic landscapes. Together with the Tsingy de Bemaraha Strict Nature Reserve, Bemaraha National Park is a UNESCO World Heritage Site. The park’s main visitor attractions are the Great Tsingy and the Little Tsingy rock formations. Visitors flock to the area to explore the maze of limestone cathedrals and are often rewarded with sightings of the Von der Decken’s sifaka lemur and fossa, a cat-like species endemic to Madagascar.

The closest town serving the national park is Bekopaka, which is quite a distance from the Ivato International Airport in Antananarivo. The park is not easily accessible, which means visitors would need to arrange ongoing transport, preferably with a local tour operator.

Despite its hardy and relatively unnavigable terrain, the Bemaraha National Park boasts abundant wildlife. There are over 400 species of wildlife within the park, with considerable populations of endemic species. Madagascar’s largest predator, the cat-like fossa occurs naturally in this region. In addition to the fossa, visitors can spot a variety of lemurs such as red-fronted and mouse lemurs, bamboo lemurs, and the ever famous fluffy Von der Decken's sifaka lemurs.

There are over 18 species of bat hiding in the caves and crevices of these limestone structures. Reptiles and mammals are also well supported, with residents including the Antsingy leaf chameleon, western forest rat, the Grandidier’s shrew tenrec and the vulnerable big-headed gecko.

In total, there are just 94 species of birds in the park, many of which are endemic to Madagascar. Here, birders can spot the Malagasy warblers, the critically endangered Madagascan fish eagle, and the Malagasy pond heron. For such an unusual terrain, there is significant biodiversity.

The park closes during the wet season, which is from November to April. The roads become impassable during this season. The dry season is from April to October, and despite the soaring temperatures, it is perfect for hiking. October is when the lemurs give birth.

The unbelievable landscapes and unusual wildlife of this national park provide the perfect destination for the eager adventure lover. There are so many activities on offer that take advantage of the dramatic views. Two huge rivers criss-cross their way through the park, offering opportunities for visitors to enjoy boating safaris in traditional pirogues. The rivers hug the jagged edges and steep gorges of Tsingy and provide ample opportunity to spot a wealth of birdlife from the waters. Canoeing along the Gorges Circuit is yet another way of exploring the wonders of this region.

Caving, rappelling, and hiking are other ways of uncovering the magic of this other-worldly landscape. There are so many canyons and labyrinths to explore for the more intrepid explorer. A popular place to watch the sunset, observe lemurs, and enjoy panoramic views of the landscape, is from the suspension bridge that forms part of the Andamozavaky Circuit. Biking is yet another unique way of experiencing the national park and takes place along the Bemaraha plateau.

Bemaraha National Park has three campsites, a range of budget bungalows and seasonal mid-range hotels. Hotels and bungalows typically come with a swimming pool, bar, restaurant and the option to arrange private safaris. Accommodation tends to take the form of traditional style accommodation, built to withstand the searing heat of this incredible island. 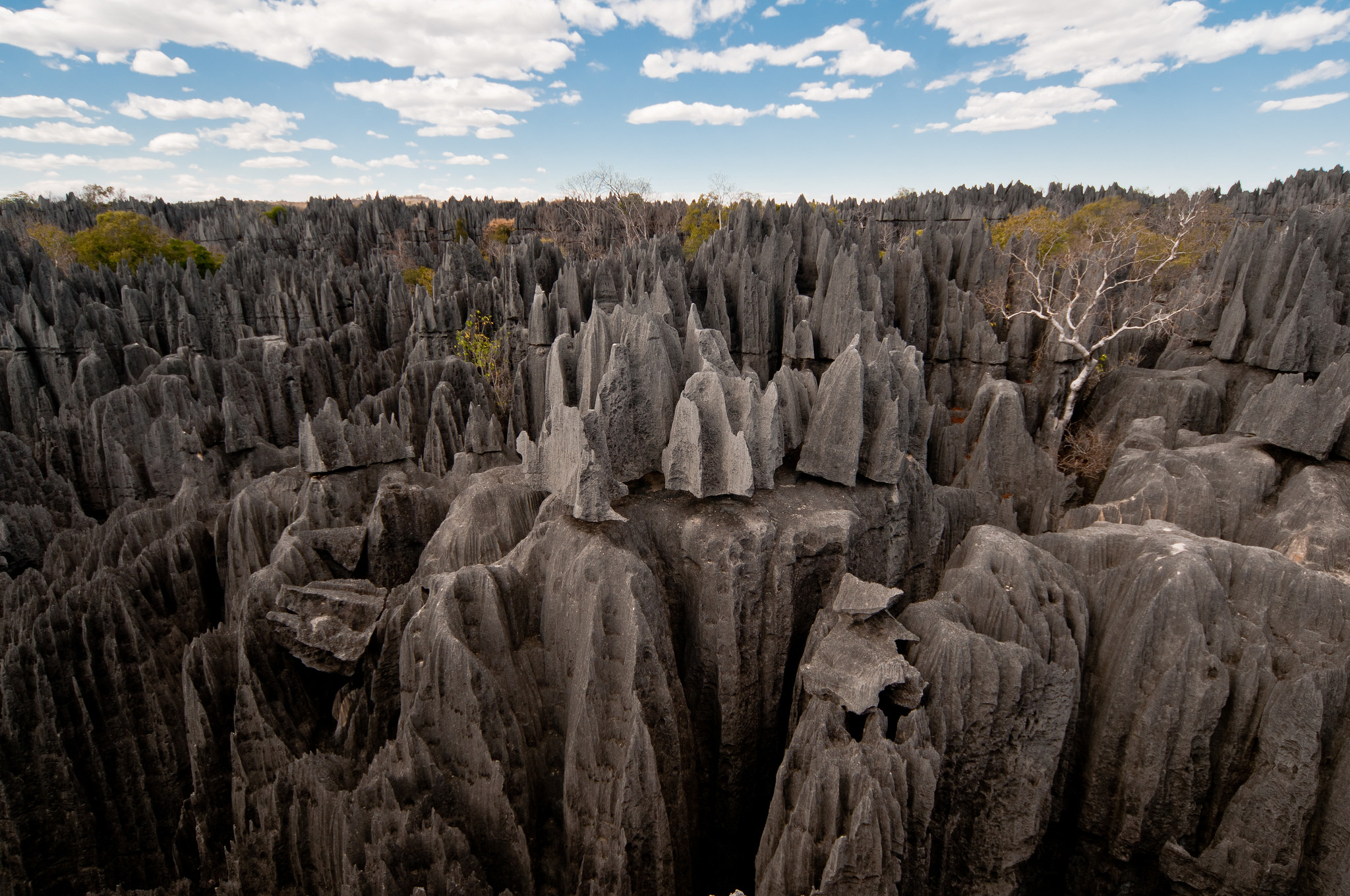 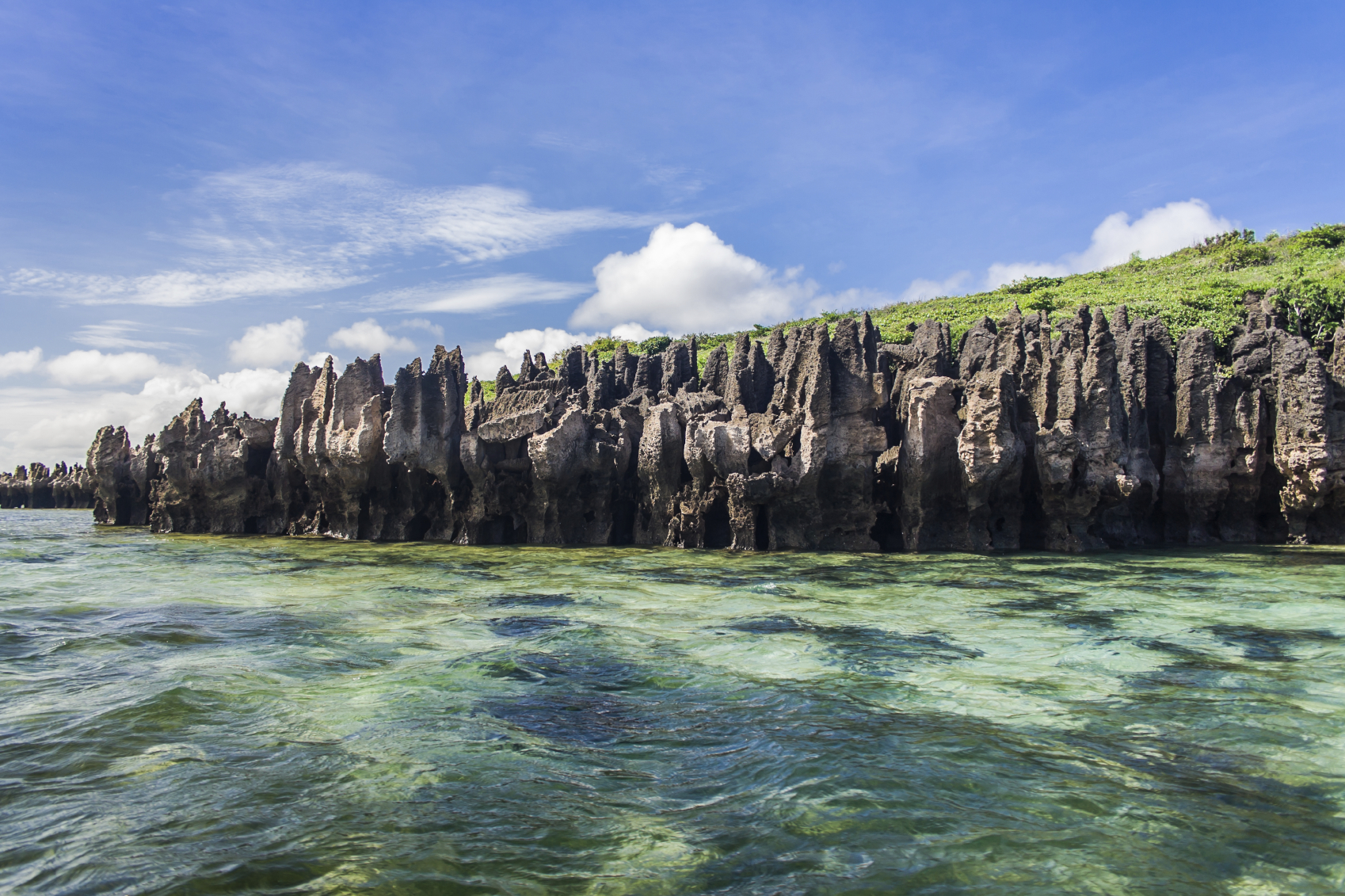 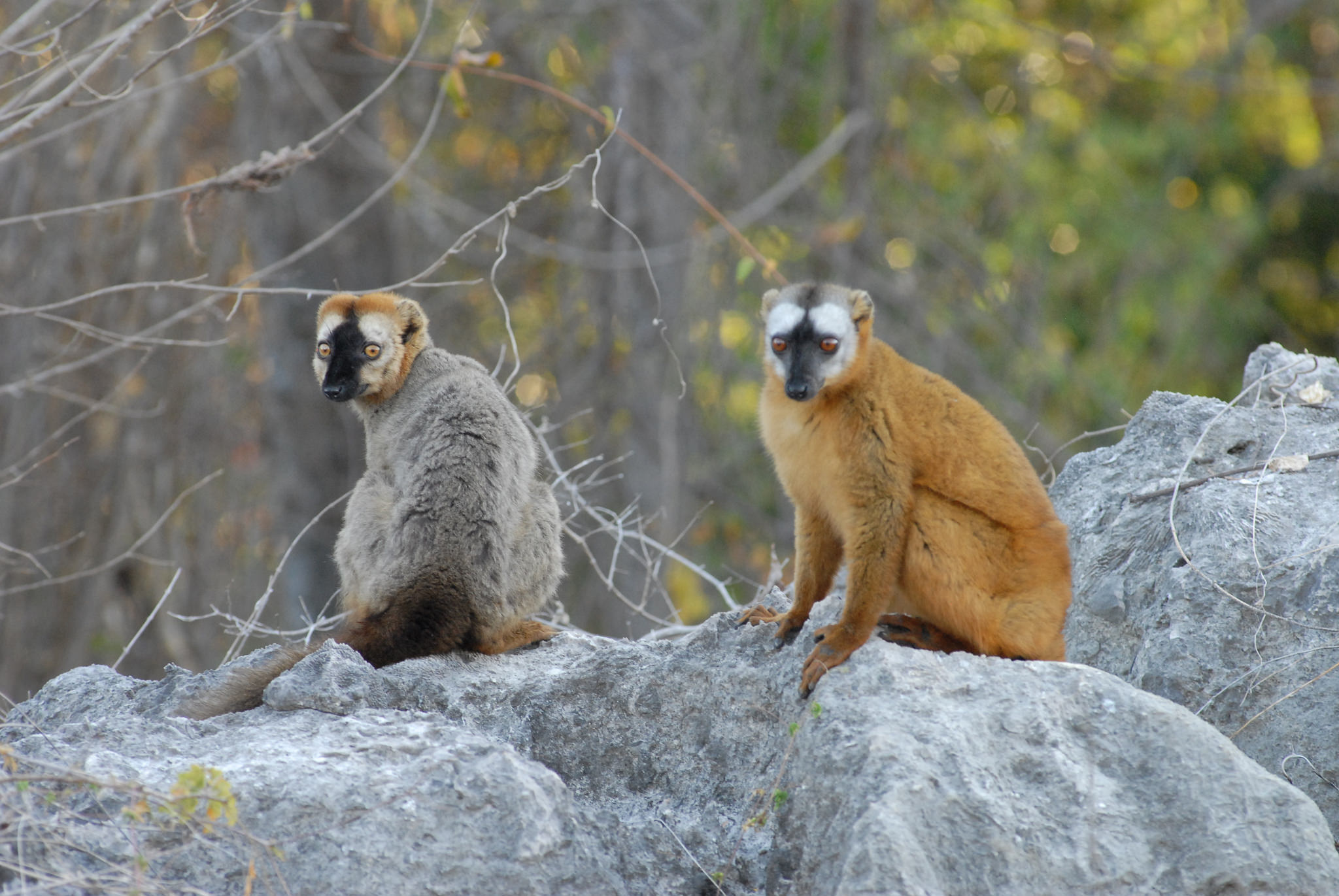 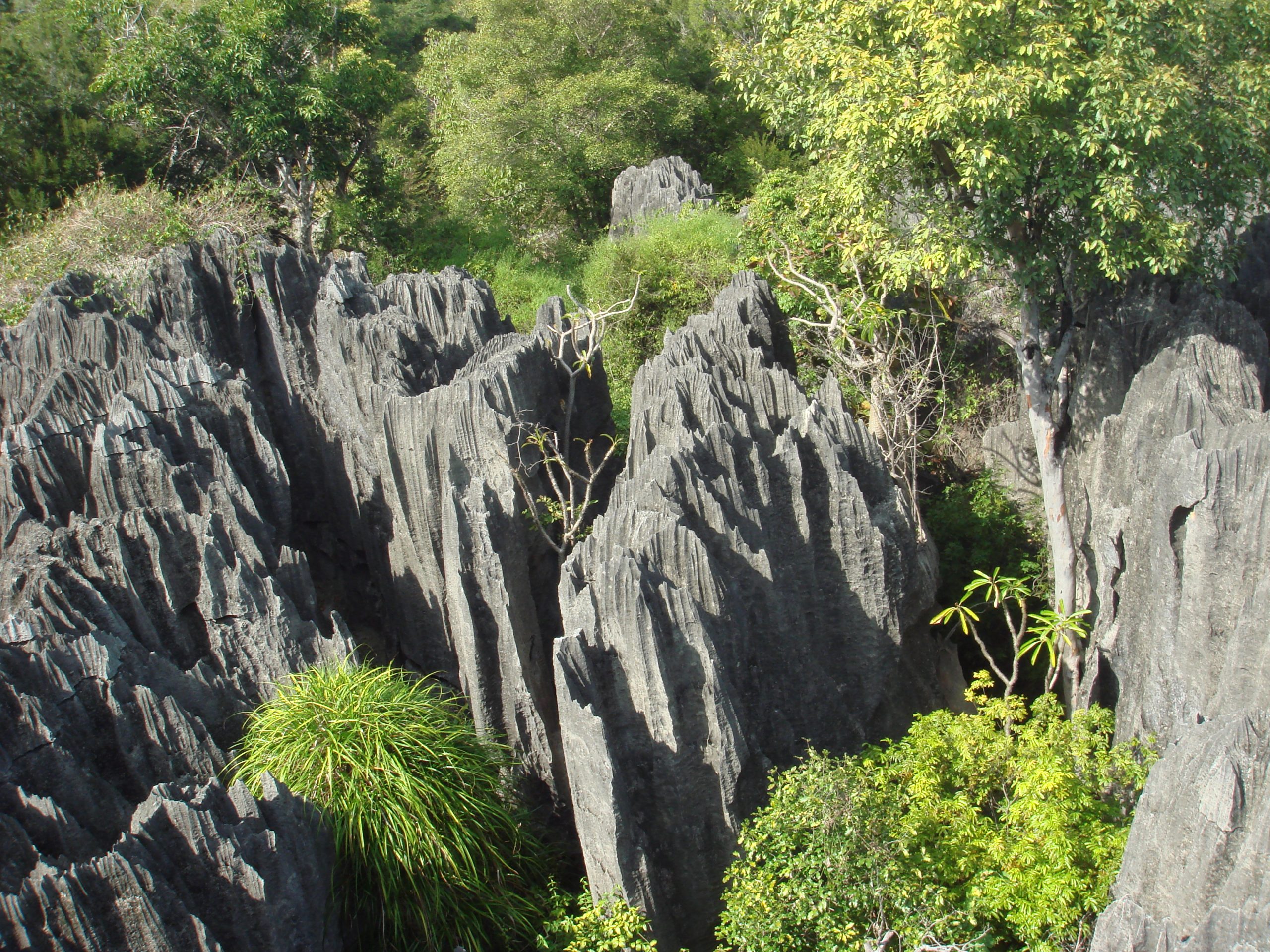 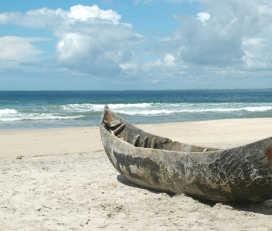 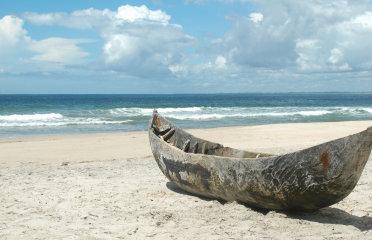 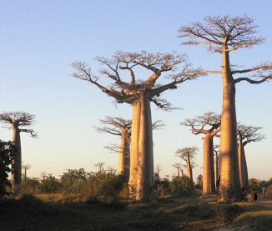 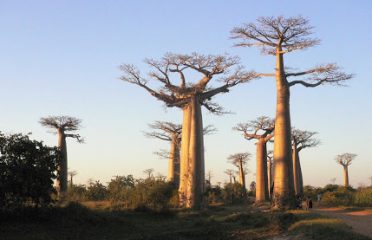 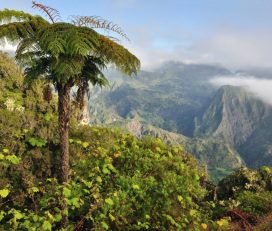 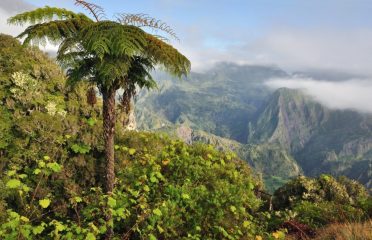