Home of the bontebok, on the banks of the Breede River

South Africa’s smallest national park is situated 5km from Swellendam in the Western Cape but plays a large conservation role.  In the early 1800s, the bontebok antelope neared extinction and a number of landowners set aside land to save the species. Bontebok National Park was first proclaimed in 1931 near Bredasdorp, but the park was moved to its current location to suit the habitat requirements of the bontebok.

The cultural history of the area revolves around the Hessequa Khoe Khoe, a clan of herders that lived on the banks of the Breede River. The park’s rest camp was named after a female captain named Lang Elsie. You can still see the open area where Lang Elsie’s kraal of woven reed huts was situated along with ruins of a stone house where she lived.

There are no large predators in this park, making it ideal to explore the different fynbos species. It is also part of the Cape Floral Kingdom. A number of short hiking trails compliment the smaller things you learn to appreciate here.  Macro photographers will rejoice in the number of small flowers and insects found in this fynbos paradise.

Pack your bicycle as there are designated routes in the park. You can swim, canoe and fish in the river, just remember your own equipment. The park is home to bontebok, grey rhebuck, red hartebeest and Cape mountain zebra amongst others.

Swellendam is approximately 220km from Cape Town, where the nearest international airport can be found.

Q What kind of facilities does the park have available?

Bontebok National Park has a day visitor’s area on the banks of the Breede River with braai facilities. All accommodation is self-catering, but the town of Swellendam is only a short drive away, and there are plenty of restaurants, ATMs and shops.

Q Is there a swimming pool in the park?

The Breede River is perfect for a cool down on a hot day. There are plans for a swimming pool in the future.

Q Am I allowed to bring a jet ski, powerboat or quad bike to the park?

Unfortunately these are not allowed in the park. Motorcycles are allowed, but the speed limit in the park ranges between 20-40km/h.

Q Is it easy to see wildlife in the park?

The park is small, so go on a drive in the late afternoon or early morning and you are guaranteed to see a variety of wildlife. The park’s road network can easily be navigated in 1-2 hours.

Q Is the park ideal for the whole family?

The park does not have any predators, so families are welcome to walk around, cycle and hike. Just keep an eye on the youngsters as the river is easily accessible from the overnight accommodation.

Q What is the ideal amount of time to spend in the park?

The park is ideal for a relaxing weekend away.

Q What am I not allowed to bring to the park?

No pets are allowed. Drones are not allowed in or over the park without permission.

The star of the show is the bontebok antelope. These colourful species are easily confused with the blesbok, but their colours differ slightly. They were once on the brink of extinction, but the establishment of the park secured their future.

Other animals easily seen in the park include red hartebeest, Cape mountain zebra, and grey rhebok. Small predators include caracal, bat-eared fox, Cape fox, and aardwolf, but are not frequently seen. The park is also home to the blue crane, secretarybird, a variety of sunbird species, Denham’s bustard, martial eagle, African marsh harrier, booted eagle and Verreauxs' eagle to name a few.

The region has a temperate climate with an average rainfall of ± 500mm per annum, occurring mainly during early summer and winter. There will always be a variety of fynbos species flowering. The hottest time of the year is February, with average temperatures around 23 degrees Celsius. July is the coldest month of the year, with average temperatures around 13 degrees Celsius. There is no malaria in the area.

The park does not offer guided game drives, but visitors can drive around in the comfort of their own vehicles. There are a number of short hiking trails to enjoy in addition. Bicycles are available for rent.

The rest camp is situated on the banks of the Breede River and there are options available for couples and for families of four. The units are fully-equipped with braai areas and a deck overlooking the river.

For a wide range of accommodation inside and around Bontebok National Park, please see below: 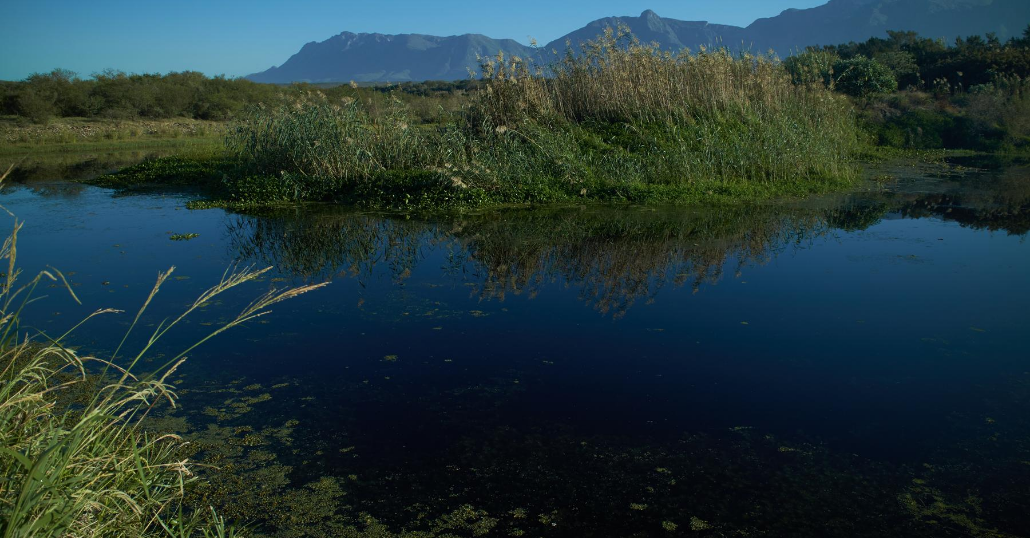 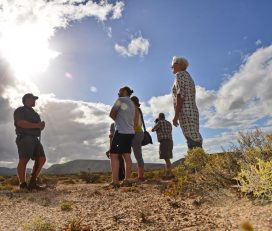 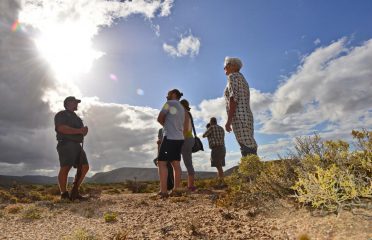 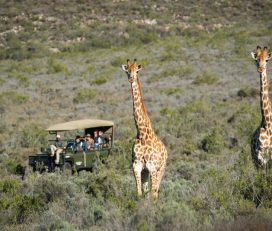 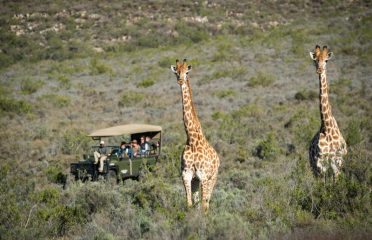 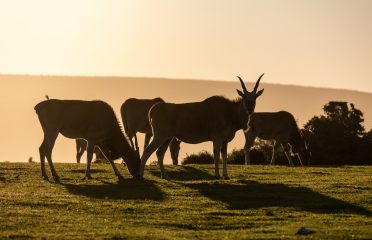