Situated at the very end of Africa’s Great Rift Valley near the Zimbabwe border, Gorongosa National Park has a great variety of beautiful landscapes. These include Lake Urema and its network of rivers, vast floodplains, savannahs and woodlands, and rainforest on Mount Gorongosa. Its proximity to the warm Indian ocean that borders Mozambique, gives this safari park a lush and tropical feel.

Gorongosa National Park is perhaps Africa’s greatest wildlife restoration story.  In the 1960’s the park was one of the best on Africa and boasted more wildlife than the Kruger National Park. Due to decades of poaching and civil war this beautiful area suffered greatly and many of the park’s large herbivore populations were greatly reduced. Pre 2008, there were just 10,000 animals recorded. However in 2008, the Government of Mozambique and the Carr Foundation (Gorongosa Restoration Project), signed a 20-year Public-Private Partnership for the joint management of the Park.

Since this drastic intervention to restore the park, there has been a dramatic recovery of animals with over 100,000 animals recorded and the project has been extended for another quarter of a century. This ensures the parks future success as a prime wildlife and safari destination.

In 2010, the project extended the borders of the park to now include the majestic Gorongosa Mountain and bringing the total size to 4067 km2. Part of the local community lives on the mountain, so the park is unique in that it provides for animal and human welfare. Mount Gorongosa is an isolated massif,  with tts highest peak, Gogogo, reaching an elevation of 1,863 meters (6,112 feet). There is a famous coffee plantation on the slopes of the mountain.

There are no commercial flights to the park so travellers can access it by road after flying to Beira which is 200kms away. As self drive is not permitted, these arrangements will be made by a tour operator.

Maputo International Airport (MPM) will most likely be your entry point into the country. It is about 3km/2mi from the capital, Maputo.
There are no commercial flights to the park. From Maputo you can take a scheduled flight to Beira or Chimoio. Beira is 200km/124mi from Gorongosa, and the drive takes about three hours. The drive from Chimoio takes about two hours. Chitengo, the lodge in the park, can organize transfers from either airport or you can rent a car at Beira airport. However, self-drive within the park is not currently allowed due to security concerns.
You can fly from Johannesburg in South Africa to Maputo or directly to Beira.
There is also an airstrip in the park for chartered flights.

Wildlife viewing in Gorongosa is good with four of the Big Five present (Rhino have not been reintroduced). Elephant numbers have recovered well with the ongoing efforts of the project, and buffalo numbers are low but slowly increasing. Waterbuck are particularly numerous on the floodplains, and other antelope species that can be seen include sable, impala, nyala, bushbuck, reedbuck and oribi.

An extensive research program is being done on the rehabilitation of lions in the park, once a stronghold for these powerful predators. Their numbers dwindled down dramatically during the civil war, but today’s estimate shows a healthy 50 to 70 individuals. They have become more relaxed and are regularly spotted on game drives. Look out for wild dogs as well as a pack of 14 have recently been reintroduced and leopard have finally been spotted in 2018, another sign of the successful restoration.

With over 300 species recorded (excluding Mount Gorongosa) and a diversity of habitats, Gorongosa offers great bird watching. Over 150 different species may be recorded in a single day. Serious birders should make a day trip to Gorongosa Mountain, which is where most of the real specials can be found. This includes the eagerly sought after endemic race of green-headed oriole. Unfortunately, self-drive isn’t allowed in the park due to security issues.

The Dry season from May to October is the best time for wildlife viewing in Gorongosa. Wildlife is easier to spot at that time because vegetation is thinning out and animals tend to spend time around the rivers and other permanent water sources.

The birdlife in Gorongosa National Park is good year-round. However, the Wet season, from November to April, is the best time for bird watchers (migratory birds are present). As road conditions are very bad during the rains, the park closes from mid-December to the end of March. Therefore, November is the ideal month for bird watching.

Gorongosa lies in a malaria zone and precautions against malaria are advised. These includes antimalarial medication and using mosquito repellent. It is also a good idea to cover up exposed skin in the evening, so as not to get bitten. The risk of malaria is at its worst during the Wet season – from November to April.

All activities in the park are conducted by the experienced guides from the camp. Self-drive safaris are currently not allowed for safety reasons.

Guided vehicle safaris and walking safaris are the best and traditional way to explore this expanse in nature. The Gorongosa Mountain offers opportunity for guided hikes and travellers are reminded to bring wet weather gear going through a rain-forest!

There are several cultural excursions that travellers can take part in. These form part of the project to rehabilitate the park, its people and its wildlife.

There is 1 luxury lodge inside the park offering all amenities and comforts for tourists. For the adventurous, there are 3 other forms of accommodation to really enhance the stay in Gorongosa National park. An Explorers Camp is an alfresco 'en tent' bathroom comprising an eco-innovative waterless amenities. It is a luxury tented camp out in the wild African bush!

Gorongosa SkyBeds - The "rooms" are actually simple mosquito-gauze bow tents housing a snug bed complete with down duvet and cotton linen. The ablutions are a shared hot bucket shower and a waterless eco-loo, and the dining and lounge area comprises a campfire with some comfy stools scattered around it. These sky-beds are built to make the most of your surroundings and are temporary, built in different locations each night. 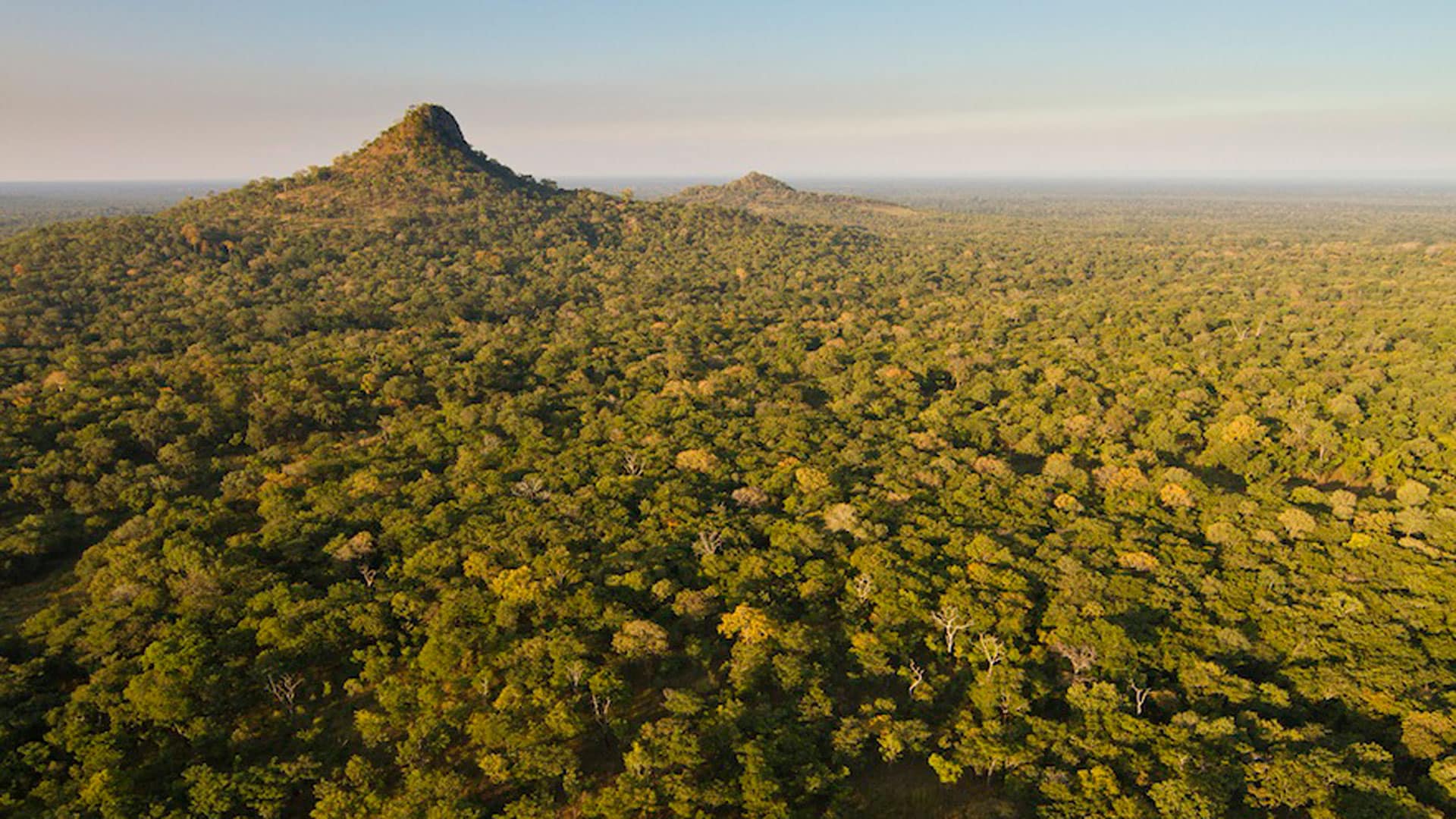 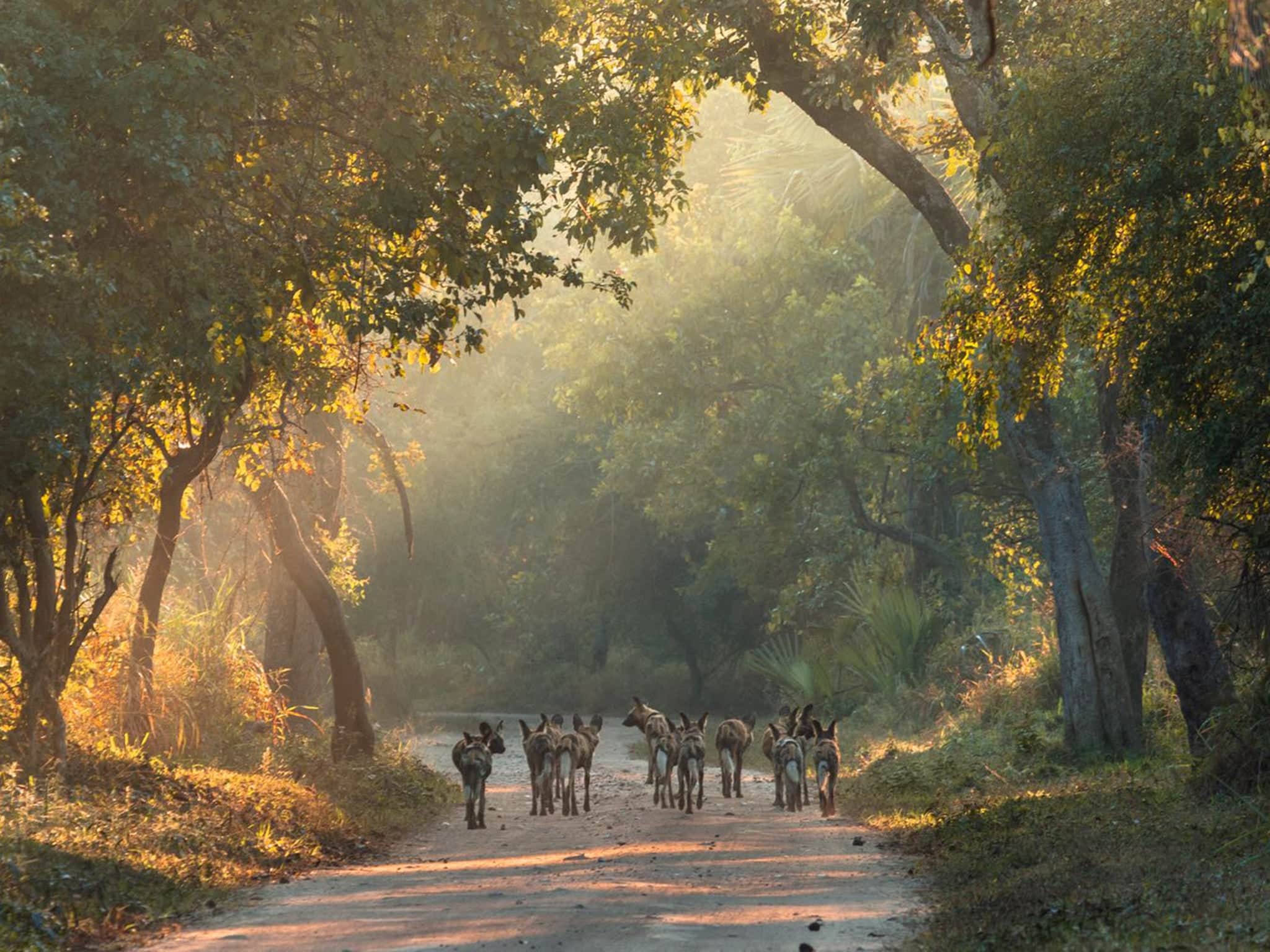 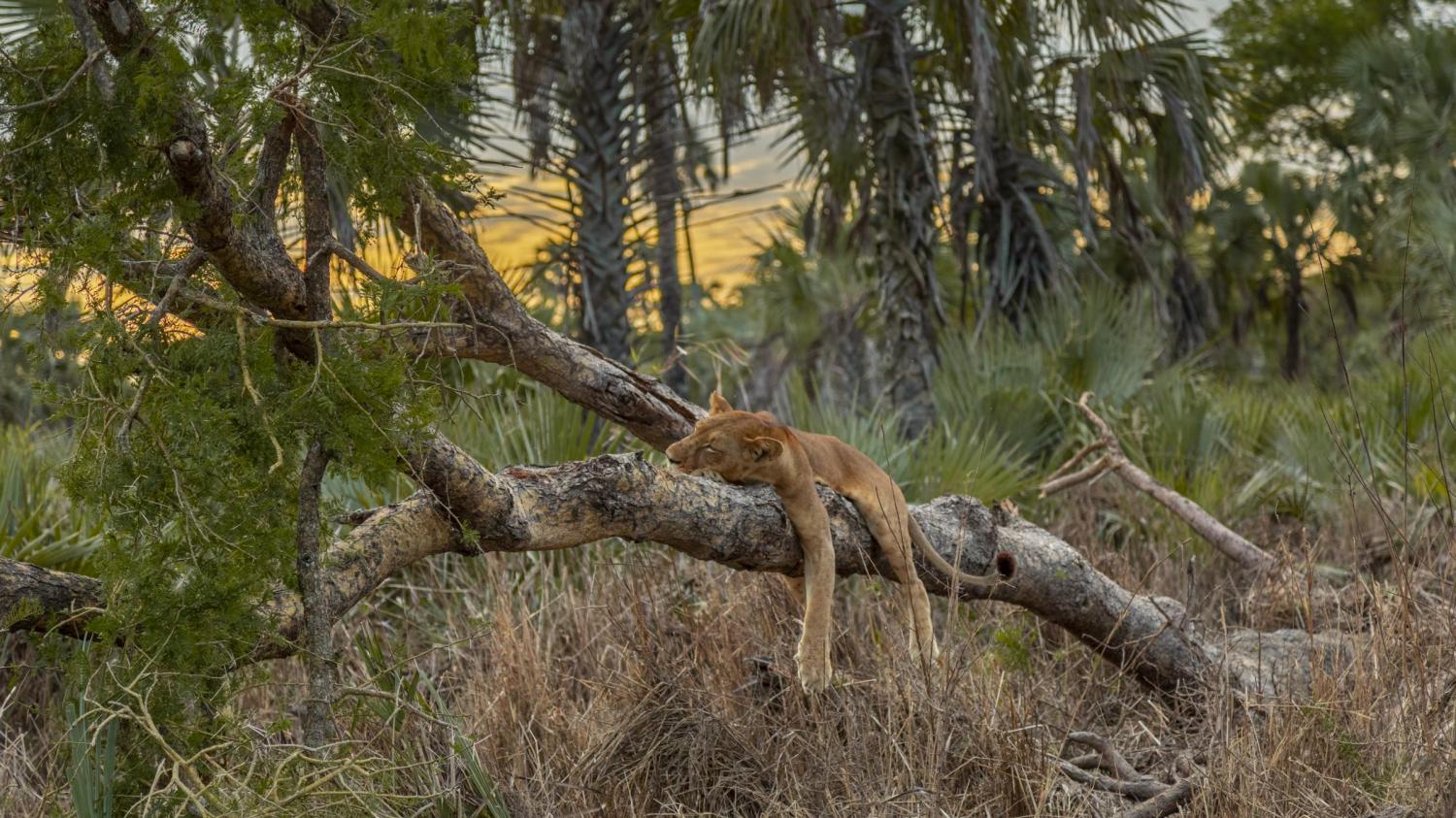 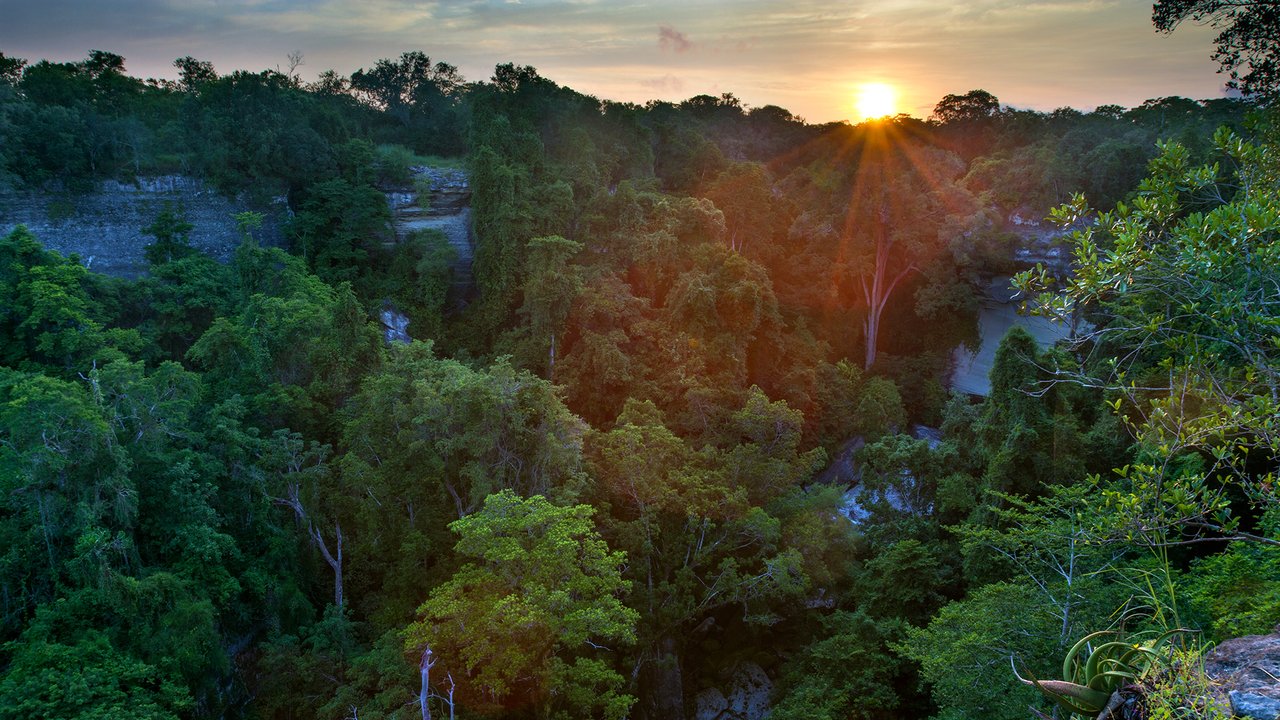 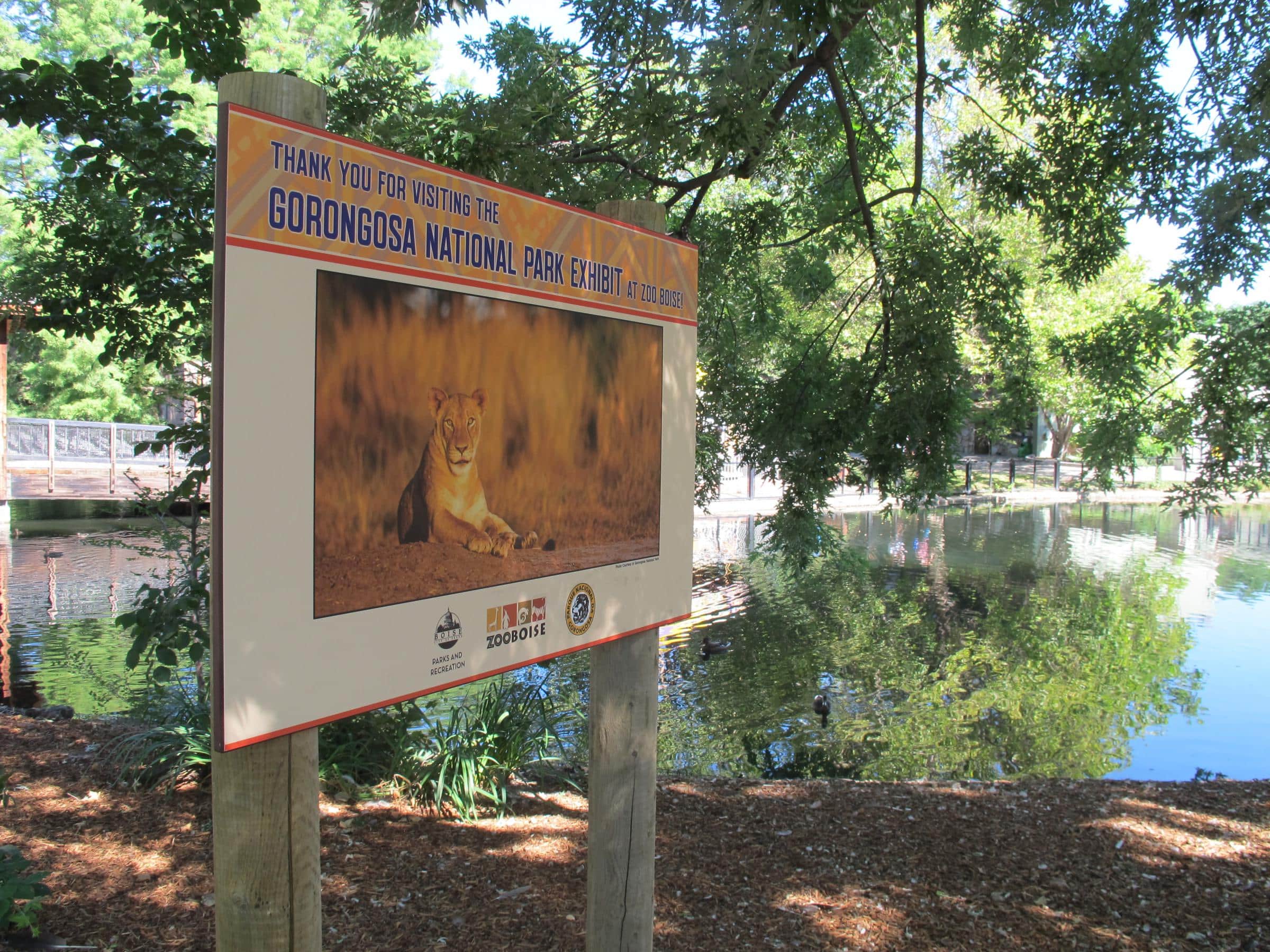 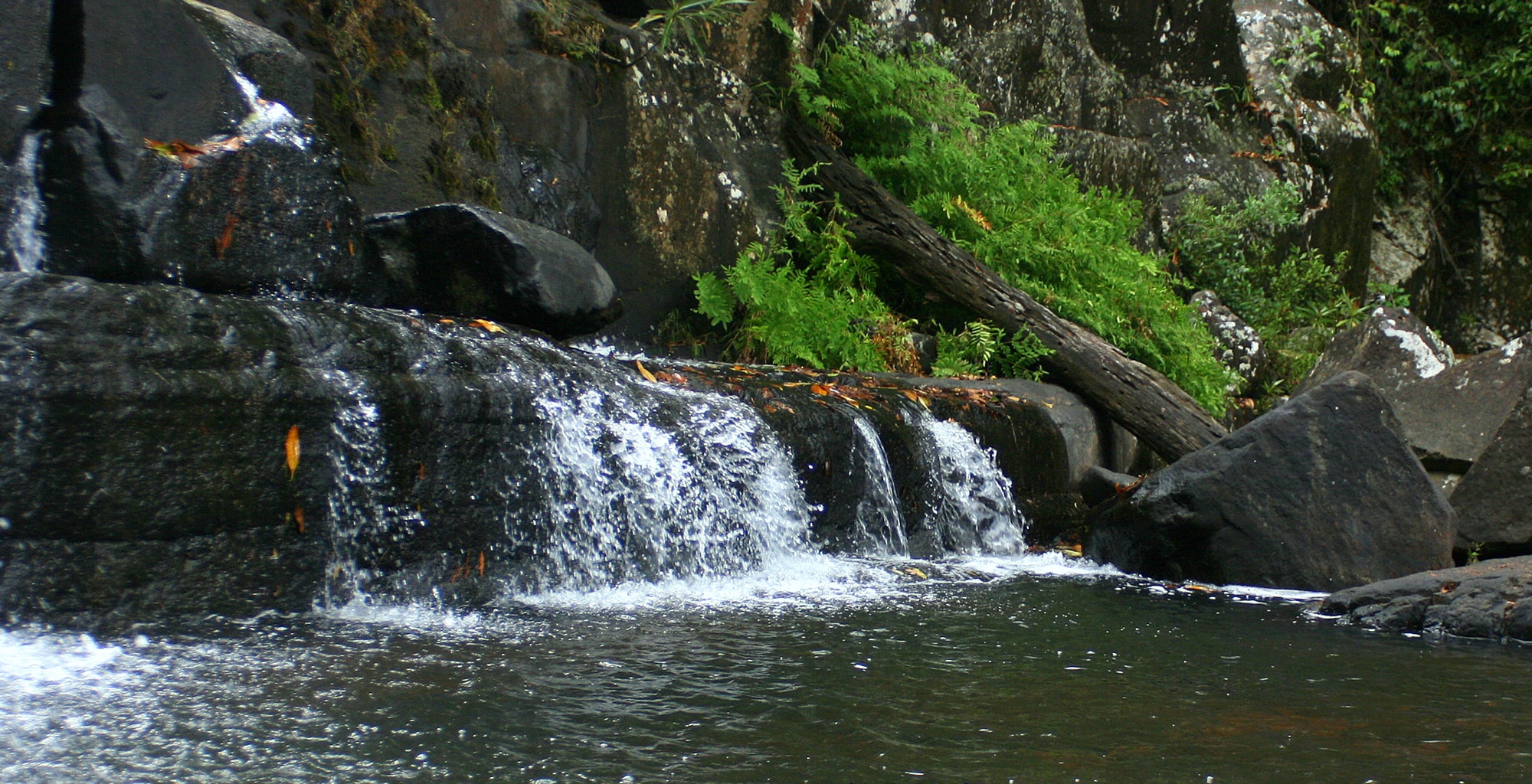 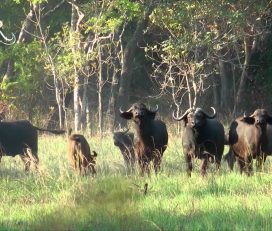 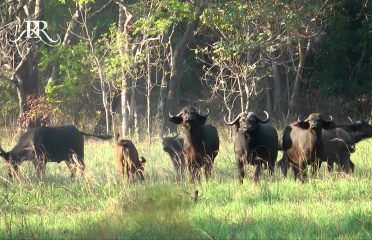 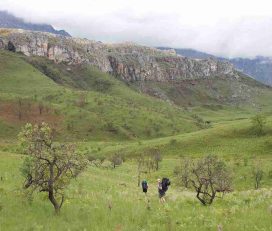 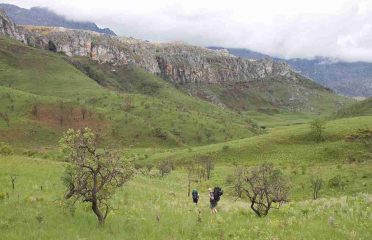