Liuwa Plain National Park, located in western Zambia, has a fascinating conservation history. It’s one of the few parks in the world where communities and wildlife co-exist inside a national park. The communities are custodians of the national park, protecting and respecting the rich flora and fauna of the remote 3,660 square kilometres of revered park.

The flat topography of the vast floodplains is bound by two mighty rivers, that flood seasonally. The occasional interruption of tree-clad islands and pans of water provide a welcome break from the endless flat plains that disappear into the horizon.

The impressive wildebeest population migrating annually from Angola provides a wonderful wildlife spectacle for avid safari-goers, and is the main reason for visiting the park. The grasslands are favoured by the cheetah, wild dog, and lion, all of which thrive in the park’s ecosystem. Hyena clans are in abundance and are often spotted in hot-pursuit of the latest predator action.

The closest town to Liuwa National Park is Kalabo, which is the gateway town. Visitors tend to fly into Kenneth Kaunda International Airport and board a small charter flight to Kalabo. From here there are road transfers to accommodation within the park. Self-drivers should be aware that there’s a ferry water-crossing to get into the park.

Q Are there any cultural activities on offer?

The Kuomboka ceremony is held every year in April when the famed Litunga, the king of Barotseland, is moved from his low water palace at Lealui to the higher ground of Limilunga on a massive barge.

Q Do many people travel to the park?

Liuwa Plain is one of Zambia’s most remote national parks, so safari-goers to this part of the world may sometime feel like they have the whole of the park to themselves.

Liuwa’s greatest appeal is its abundant wildebeest herds that arrive with the rains in November. There are more than 30,000 individuals. Each year, the herds migrate from Angola, ensuring that Liuwa retains its title of being the second largest wildebeest migration in Africa. Red lechwe, oribi, zebra, tsessebe and roan are just a few of the ungulates to spot while on safari in Liuwa.

The hyena clans appear to be thriving in Liuwa National Park (numbering 350) and are the most commonly spotted predator. Cheetah populations are on the rise, and so are the prides of lion. African wild dogs, serval, jackal and wild cats are also well-represented within the park.

May to December is the best time to visit the park. November/December tends to be quite hot, but it’s also the best time of year to witness the wildebeest migration. In November, the intermittent rains begin, replenishing the lands.

January to April is the heavy rain season, and many of the roads are unnavigable. During the rainy season, the landscape turns into a shimmering shade of green and the pans fill up. Wildlife is more dispersed, making it trickier to spot big game.

This isolated national park is often compared to the Serengeti because of its abundant game and similar landscapes. Safaris are centred around game viewing, in particular game drives. The ultimate way to cover vast terrain is on a game drive led by an expert guide with local knowledge.

Day game drives can be booked with on-the-ground operators, and visitors staying inside the park can enjoy game drives courtesy of their chosen accommodation. Game drives are the most exciting way to take in the exquisite beauty of the remote landscape.

4x4'ing through the park is a popular activity for adventure seekers. Self-drivers are given a map with a network of roads guiding drivers to various wildlife traffic areas. Plenty of 4x4 experience is required for this thrilling activity.

Unique excursions such as traditional boating and fishing trips can be arranged through the local community. The best way to explore the national park is with a local guide.

There are a few seasonal camps located inside the park, perfectly situated along the wildebeest migration route. These camps tend to be mid-range and built using either Meru-style or dome shape tents. Communal dining areas, boma campfires and alfresco sundowner spots are the order of the day at these types of camps.

There are plenty of community-owned and managed campsites that hold great appeal for 4x4’ers. These campsites are well-maintained and provide all the necessary facilities for a comfortable camping experience.

There is one premier lodge located inside the park, which is considered five stars. The lodge offers a helicopter transfer from the gateway town to the grounds of the lodge. Premier lodges offer high tea, gourmet dining and all the frills expected from luxury lodgings. 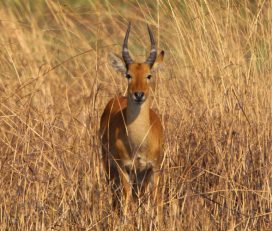 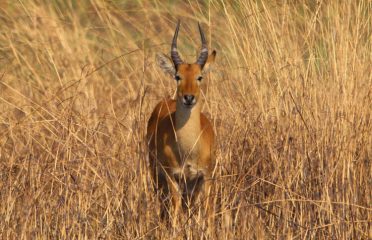 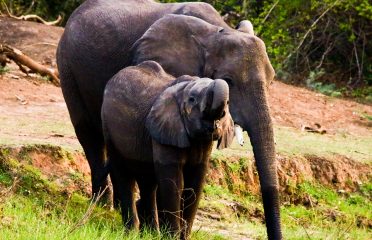 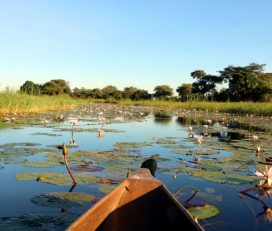 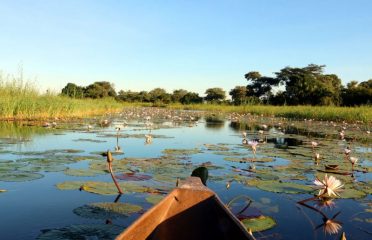