Why You Should Visit Etosha National Park

Etosha is an excellent safari destination in Namibia and hosts an exceptional diversity of wildlife, but this is not the only reason you should visit Etosha National Park.

Etosha National Park, one of Namibia’s most diverse parks, is the ideal destination for wildlife enthusiasts. The park boasts arid desert conditions, which means that wildlife congregates around all available waterholes—making it the perfect place for wildlife spotting. The plethora of African wildlife includes huge bull elephants, elusive leopards, and giraffes reaching down awkwardly for a drink.

Etosha National Park also has a thriving population of critically endangered black rhinos, and Namibia’s rhino conservation program is widely regarded as one of the most successful in the world. 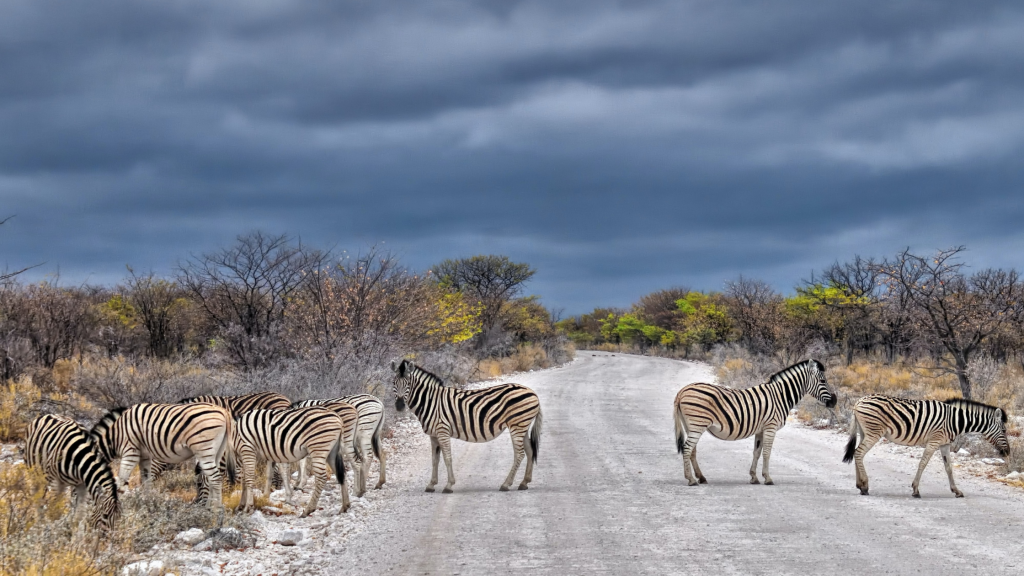 Etosha National Park is one of the best places in Africa to see big game, with four of the Big Five and 110 other mammal species present here. Buffaloes were last seen here in the 1950s. The vast Etosha Pan, a shimmering, almost featureless expanse of clay and salt covering some 5,000sq km and a quarter of the national park, is backed by numerous small waterholes. The vegetation is sparse and restricted to short, salt-tolerant grasses, and water is scarce. Wildlife depends on the permanent small waterholes, which attract Etosha’s animals all year. If safari enthusiasts want to see the critically endangered Black Rhino, Etosha is one of the best destinations to visit.

Etosha, which means “Great White Place,” is best known for its large salt pan. The area has a distinctive white and greenish surface and covers about 5,000 square kilometres. The pan is thought to have formed over ten million years as a result of tectonic plate activity. When the Northern Hemisphere’s ice sheets were melting, around 16,000 years ago, a wet climate phase in southern Africa filled Etosha Lake. The Etosha Pan is now mostly dry clay mud that has split into hexagonal shapes as it dries and cracks, and occasionally, instead of a mirage, a thin layer of water mirrors the Namibian sky, attracting large flocks of flamingos. The pan offers stunning views and breathtaking backdrops for game-viewing, wildlife, or landscape photography. 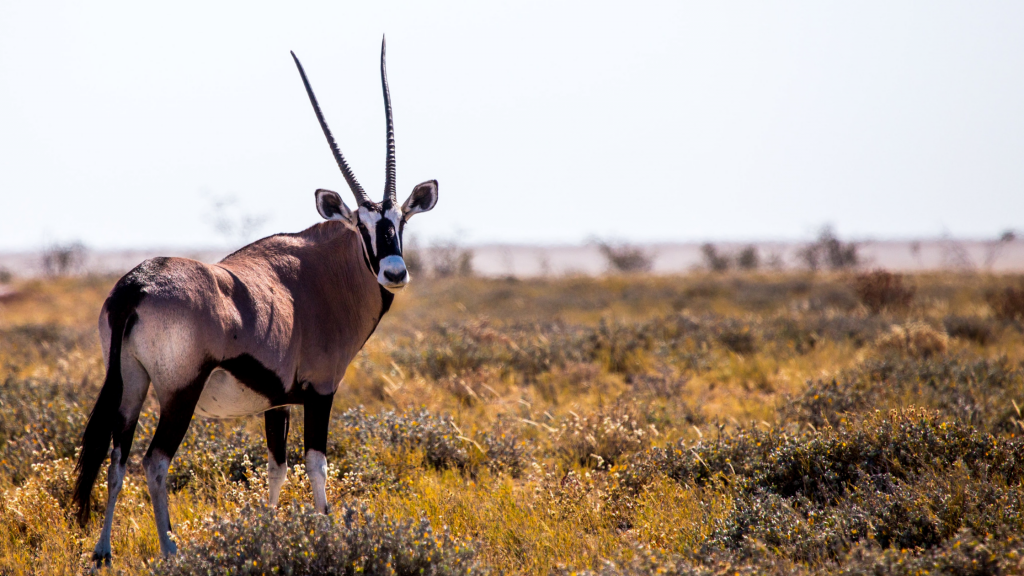 Etosha may appear to be completely remote, but there aren’t many more accessible parks in Africa than this one. The park is a five-hour drive from Namibia’s capital, Windhoek, on well-maintained and well-signposted roads. When safari-goers arrive at Etosha National Park, they will notice that the roads and tracks are in good condition and can be used without a 4WD vehicle. Many of the best waterholes, where a large portion of the game congregates during the dry winter months, are easily accessible. Self-driving is permitted, and maps are available at the park’s entrance. Guided tours can also be arranged, allowing visitors to sit back and relax while admiring the scenery and wildlife.

Approximately one-third of the 340 bird species recorded in the park are migratory, including a large number of waders drawn to the Etosha pan during the Wet season. The pan serves as a critical breeding ground for both lesser and greater flamingos. The desert habitat is ideal for viewing a diverse range of birds of prey, including up to 35 species of hawks, vultures, eagles, and falcons. From November to April, migratory birds are present.