Tanzania’s wildlife is nothing short of the pinnacle wildlife experience in Africa, with the great wildebeest migration and the natural world’s most unique habitat in the Ngorongoro Crater. Tanzania is commonly thought of as a country of broad plains, yet the enormous African country contains a diverse range of landforms and ecosystems. Although the country’s northeast is open, the rocky hill terrain of the south, as well as the mountains and lakes of the west, provide a diverse landscape.

Predators abound, with lions and cheetahs dominating the wildlife in Tanzania, as well as leopards and wild dogs making a strong comeback. Ngorongoro and Mkomazi’s critically endangered East African black rhinoceros, Tarangire’s massive elephant tuskers, and Lake Manyara’s numerous flamingos complete the wildlife in Tanzania encounter unlike any other in the country. Mega-herbivores such as elephants and huge populations of buffalo, along with the full suite of plains game, support healthy predator populations, with Selous being famous for its wild dogs and Ruaha for its lions. In the west of this region, Lake Tanganyika is the primate stronghold of the Mahale Mountains and Gombe Stream national parks with habituated chimpanzees being a prime Tanzanian wildlife attraction here. 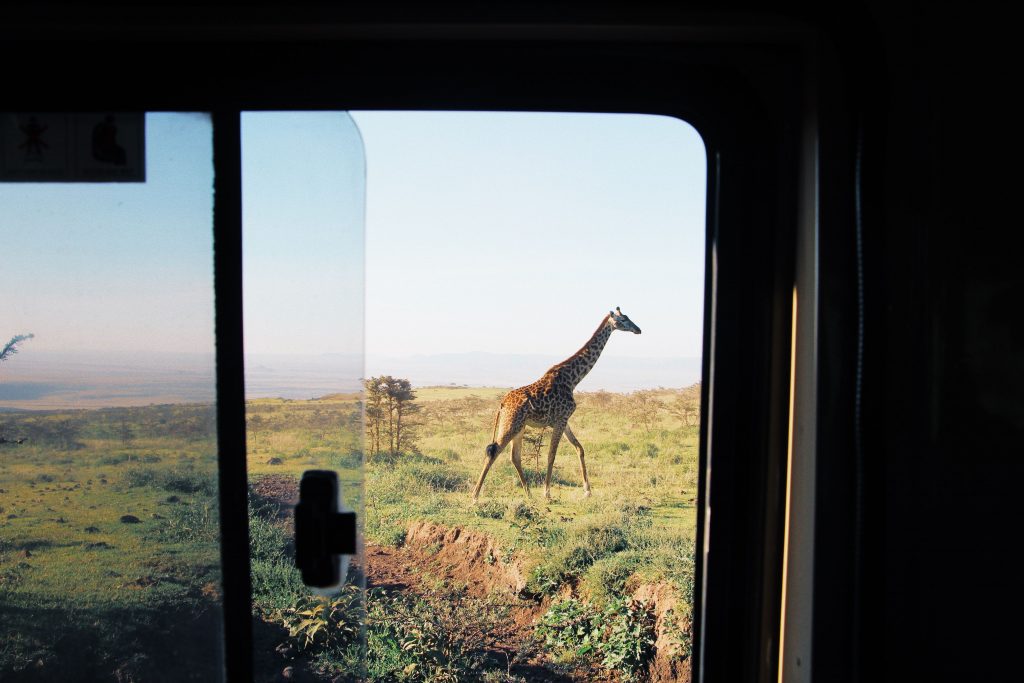 The islands off the east coast of Tanzania are all about marine wildlife, except the indigenous Zanzibar red colobus monkey, Aders’ duiker, Sykes blue monkey, and the small Suni antelope. Tanzania’s rivers, lakes, and ponds are home to a diverse array of aquatic animals, not to mention the various fish and mammals that reside in the Indian Ocean. Although dynamite fishing has caused some damage, dolphins can still be observed on diving and snorkelling expeditions off the coasts of Zanzibar and Mnemba, and the warm waters around Mafia Island are home to harmless whale sharks. The Nile Perch and Tilapia, as well as the tigerfish, reside in Tanzania’s lakes and rivers, while the barracuda, black marlin, zebrafish, and parrotfish like the saltwater of the Indian Ocean.

Tanzania is one of the top birding places in Africa. It boasts one of the most diverse species lists of any African country, with over 1,100 species, including over 800 resident species and approximately 200 regular migrants. There are 22 endemic species and 43 near-endemic species. Tarangire National Park is widely regarded as having the best year-round bird-watching in Tanzania, thanks to a climate that alternates between hot and dry for half the year and wet and humid for the other half, as well as a diverse range of habitats including large, permanent swamps with year-round water, dry savannahs, and areas of woodland. The bird checklist for Tarangire alone includes 495 species, and it is stated that the swamps that make up the park’s centre have the most breeding species of any ecosystem on the planet.

Between November and April, when a large number of migratory birds arrive, is perhaps the best time for birders to visit (though during the last half of this period heavy rain can make getting about the park challenging at times and many of the park’s famed mammals migrate out of Tarangire at this time).

Chat with one of our safari experts to view the wildlife in Tanzania during a safari. We’ll help you custom-make the ultimate safari adventure for you and your family.