From small beginnings in 2010, World Rhino Day has grown into a global movement shining the light on the plight of this iconic member of the Big Five. The five rhino species still in existence—Africa’s white and black rhino and the Sumatran, Javan and Indian rhino in Asia—are classified as ‘near threatened’ and ‘critically endangered’, and two are facing extinction.

There is some controversy over the exact number of rhinos still roaming the wild places of the world. However, predictions are that the species’ population have been wiped out to such an extent that less than 5% of populations remain. And of the remaining numbers, South Africa holds two-thirds. Here on the African continent, between 19,000 and 21,000 white rhinos exist with black rhino numbers at around 5,500.

South Africa’s department of the Environment, Forestry and Fisheries released the rhino poaching statistics for the first half of 2020 at the end of July. It revealed that poaching decreased by more than half in the first half of 2020 compared to the same time last year. However, this doesn’t paint the whole picture as the decline occurred during the national lockdown instituted as a result of the coronavirus pandemic. With borders slowly opening up and travel once again allowed, this is bound to change.

If we know better, we will do better as education remains a key in conservation and the survival of threatened species. The rhino is no exception. 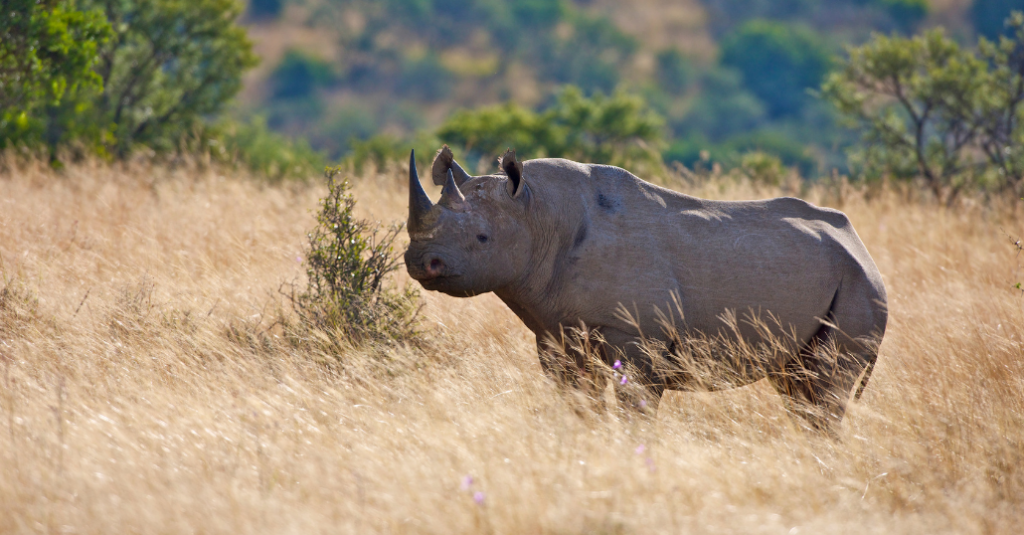 Interesting Facts About the Rhino

• These big, grey beasts are known for the horns growing from the front of their faces, hence the name “rhinoceros’, meaning “nose horn”. Javan and Indian rhinos have one horn, whereas the white, black and Sumatran rhinos have two.

• Despite their huge size and strength, rhinos are herbivores and like to munch on lots of grass and plants.

• Rhinos seek respite from the heat during the day by wallowing in muddy pools as mud protects their skin and also wards off bugs.

• Rhinos have no natural predators with their biggest threat coming from man.

• Relative to their large body size, rhinoceros have small brains.

• Rhino horns are made from keratin and not bone, it is not even attached to the skull.

• A group of rhinos is called a ‘crash’.

• The rhino’s closest relatives are horses, zebra and tapirs as they all belong to a group of mammals called odd-toed ungulates.

• Despite their size, rhinos are capable of speeds over 50 kilometres per hour.

• Rhinos have very poor eyesight, but their hearing is exceptional.

• Each rhino’s dung has a unique smell with it being used to mark territory and even communicate. 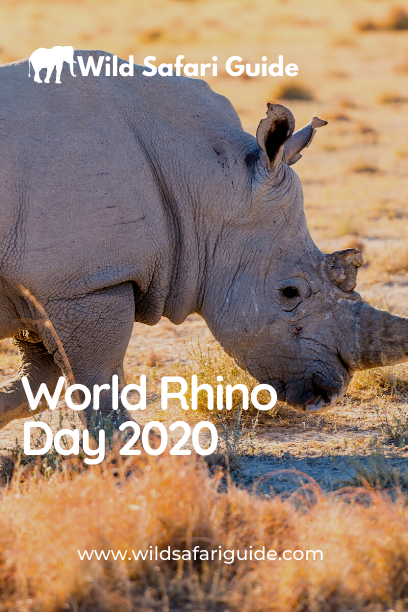 To learn more about the Big Five, check out some fun facts about the iconic group of animals found in Africa.