Victoria Falls is the largest waterfall in the world, earning its place as one of the seven natural wonders of the world. The Falls have mostly certainly earned their acclaimed UNESCO World Heritage Site status. The mighty Zambezi river feeds the cascading sheet of water that plummets into a narrow gorge, creating one of the world’s most spectacular natural landmarks.

Victoria Falls rests on the border of Zambia and Zimbabwe and is known as the adventure capital of both countries. White-water rafting, swimming, bungee jumping, and game drives are just a few of the incredible ways of seeing and experiencing the Falls.

The national park protects the east banks of the Zambezi River and is located in the Hwange district. The main reason for visiting the park is to see the falls, but there’s also ample opportunity to spot hippos, crocodiles and plains game and the Big Five (occasionally) in the area.

The terrain of Victoria Falls National Park is characterized by riverine, woodlands, and rainforest vegetation. Unusual scenes of ferns, palms and water-adapted vegetation protrude from the sprays of the falls.

Because the falls is such a tourism hub, it’s incredibly accessible. The Falls location has an international airport—the Victoria Falls Airport, making it a convenient safari destination.

Q Why is the falls sometimes called ‘The smoke that thunders’?

This is a nickname from the locals due to the billowing clouds of mist that rise up and drench everything and everyone in its reach when the Zambezi River is in flood.

Q Who discovered the falls?

The Scottish missionary and explorer, David Livingstone, is believed to have been the first European to view Victoria Falls in November 1855.

Victoria Falls National Park is home to a variety of ungulate species, which mainly include waterbuck, eland, and impala. Some of the Big Five do move across from neighbouring reserves, but the park is not considered a prime Big Five destination. Commonly spotted mammals include warthogs, hippos, crocodiles, giraffe, zebra, and hyena.

470 species of birds live within the park, which is considered a noteworthy birding destination because of the Zambezi river. The most attractive bird, the Schalow's turaco, is found in and around the Falls. Common riverfront birds include Cape cormorants, African darters, and the African fish eagle.

The drier areas provide the perfect habitat for the paradise flycatcher, hornbills, fork-tailed drongos, white-browed sparrow weavers, and the lilac-breasted roller. Marabou storks and the Verreaux's' eagle are two of the larger birds to spot in the park.

The Falls never disappoint visitors. Irrespective of the time of year, the Victoria Falls remains one of the most incredible places to see. When the Falls are lower, there’s more opportunity for swimming in Devil’s Pool. When the water-levels are high, witnessing the sheer power of the Zambezi is spectacular.

Between February and June, the rains from Angola and northern reaches of Zimbabwe flood the Zambezi, causing the falls to thunder with water. This is the ideal time to see the Falls in all its glory.

Adventure activities in the national park offer a unique way of seeing the natural scenery of the Falls and its wildlife. Helicopter trips offer an aerial view of the Falls and the surrounding landscape, while white-water rafting, gorge swinging, and bungee jumping offer a more riveting way of experiencing the Falls.

There are zigzagging trails around the base of the Victoria Falls, which is an ideal way to spot birdlife while on foot. Game drives through the park offer a chance to see wildlife—in particular hippos, general game, and the Big Five.

Picnics on Livingstone Island provide a rare wilderness experience on an island in the Zambezi. For a hair-raising adventure, guided swims in a protected pool—Devil's Pool—at the top of the Victoria Falls comes recommended.

A sunset wildlife cruise along the Zambezi to birdwatch and look out for wildlife on the banks is also a popular activity.

Victoria Falls is brimming with accommodation options. There are a few luxury historical hotels and typical safari lodges within the park itself. There are also resorts and homesteads surrounding the park, offering more budget-friendly options. 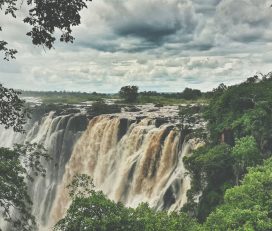 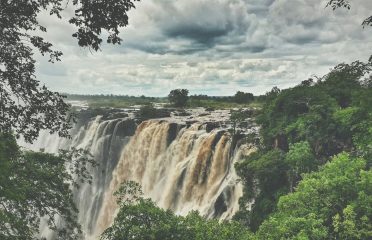 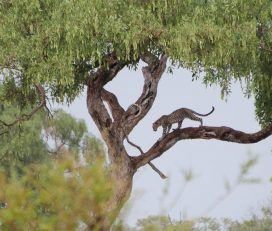 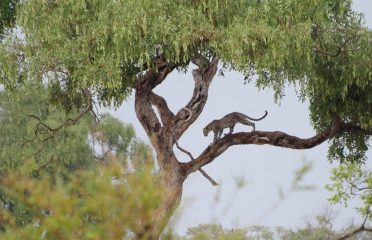