Sandwiched between the Zambezi and Limpopo Rivers in southern Africa, the best safari parks in Zimbabwe can certainly lay claim to being in just the right spot for any prospective safari-goer.

When picking Zimbabwe as a safari destination, visitors are spoilt for choice thanks to a collective approach to conservation between the government and private sector. Ten national parks, nine recreational parks, four safari areas, three sanctuaries, and four botanical gardens form the Wildlife Estate that encompasses around 47,000 square kilometres.

The jewel among these protected wilderness areas is unquestionably Hwange National Park, which boasts an abundance of wildlife for excellent game viewing. Best known for its large elephant herds, the rest of the Big Five can also be spotted.

The bateleur is the national bird of Zimbabwe and only one of over 680 species that glide across this southern African nation. Birders can also tick off various flamingos, swifts, lapwings, hawks, and eagles on their bird list.

Wild Safari Guide has narrowed the best safari parks in Zimbabwe down to these five excellent choices.

Are you ready to plan your safari to Zimbabwe?

Click here to see all the best safari parks in Zimbabwe

Famed for its significant number of Tuskers and abundant populations of wildlife makes Gonarezhou National Park a premier safari destination in Zimbabwe. The Runde, Save and Mwenzi Rivers cut through the valleys, drawing in abundant birdlife, while the tracts of mopane woodlands attract big breeding herds of elephants.

The Big Five are located within the national park, with the rhino being the only species that is no longer found in the area. In conjunction with elephant sightings, visitors tend to spot roan, sable, giraffe, wildebeest, hippo, zebra and nyala, among other species of plains game. Predator sightings include African wild dogs, lions, leopards, cheetahs, and hyenas. In total, there are 90 mammal species in the national park.

There are 400 bird species, of which 13 are considered rare in one of the best safari parks in Zimbabwe. Walking safaris and guided game drives are the most popular activities within the park. The national park is also a sought-after destination for seasoned four-wheel drivers who enjoy the thrill of navigating the winding tracks surrounding Chilojo cliffs. Fishing safaris are possible in the Runde and Mwenzi Rivers, but visitors would need to camp in one the designated campsites on the banks. 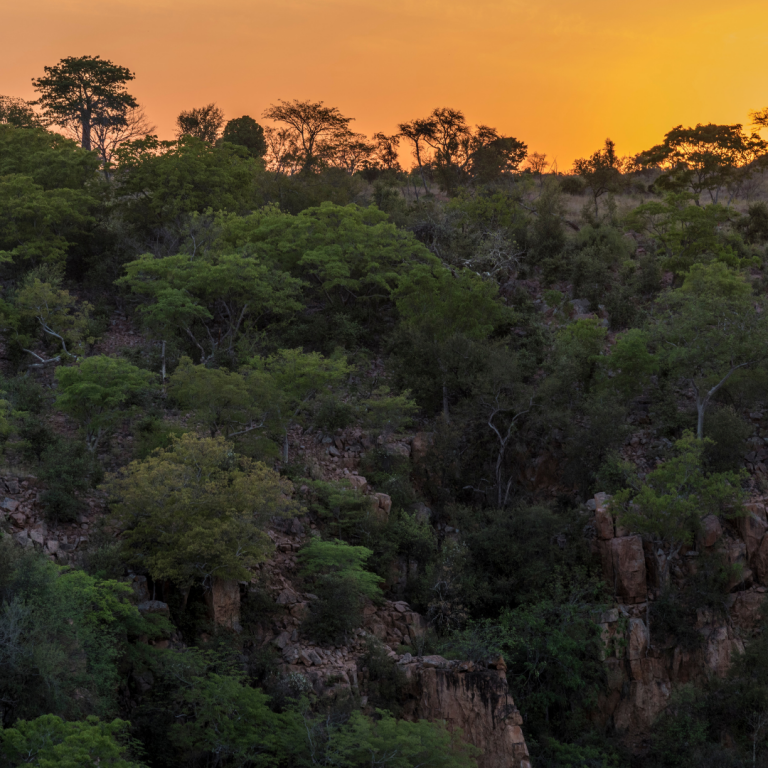 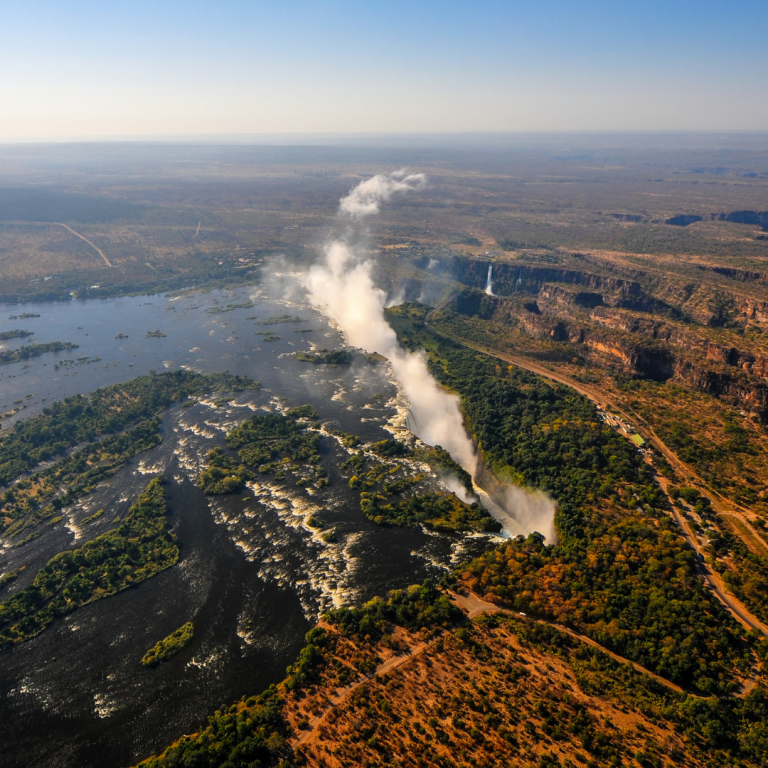 The mighty Victoria Falls lies within the Victoria Falls National Park and is the largest waterfall in the world, earning its place as one of the seven natural wonders of the world. The national park protects the east banks of the Zambezi River and the terrain is characterised by riverine, woodlands, and rainforest vegetation. Unusual scenes of ferns, palms and water-adapted vegetation protrude from the sprays of the falls.

Victoria Falls National Park is home to a variety of ungulate species, which mainly include waterbuck, eland, and impala. Some of the Big Five do move across from neighbouring reserves and commonly spotted mammals include warthogs, hippos, crocodiles, giraffe, zebra, and hyena.

Helicopter trips offer an aerial view of the Falls and the surrounding landscape, while white-water rafting, gorge swinging, and bungee jumping offer a more riveting way of experiencing the Falls. For a hair-raising adventure, guided swims in a protected pool—Devil’s Pool—at the top of the Victoria Falls comes recommended.

The impressive Hwange National Park is undoubtedly one of the best safari parks in Zimbabwe. The park is defined by lush grasslands and mopane woods, and home to an astounding amount of wildlife.

Hwange National Park boasts an astounding variety of wildlife—with the largest population of elephants in the world. Amazingly, the National Park hosts over 40,000 tusked elephants, as well as 100 other species of mammals. Some of the more rare animals visitors should look out for include the aardvark, the serval, the porcupine, and the pangolin.

Walking safaris are popular in Hwange, as well as guided game drives that offer an insightful experience and a chance to see the Big Five. Bird watchers are encouraged to bring along their binoculars as the National Park has over 500 recorded bird species. At night, safari-goers can book an exhilarating game drive to experience the nocturnal activity of the wonderful four-legged residents here. 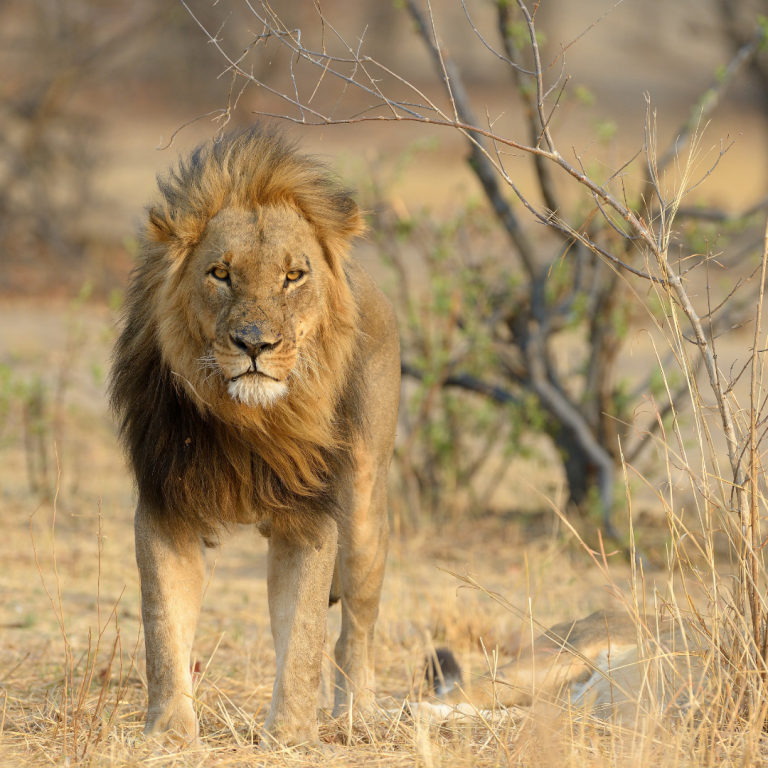 Although Chimanimani is not known for its wildlife, there is still abundant mammals and birdlife in the area. Bushbuck, sable, duiker and eland roam the slopes and make up the bulk of the mammal sightings. Eland is prolific, and there is a protected sanctuary for this antelope within the park.

As one of the best safari parks in Zimbabwe, Chimanimani is a hiking and rock climbing destination famed for its challenging treks. A guide is needed for the more arduous routes. Visitors can expect an undiscovered lost world of mountainous beauty. Thrilling swimming opportunities await at Digby’s waterfall, a seven-metre waterfall plummeting into a bowl of icy water.

The Matobo National Park sits in the heart of the Matobo Hills, an expanse of land in southern Zimbabwe characterised by thousands of prehistoric-looking granite kopjes. The park sprawls across four river valleys that give rise to swamp-laden pockets of vegetation in amongst the predominantly mountain acacia landscape.

There is a diverse array of flora and fauna within the national park, boasting a mammal count of 88 and bird count of 175 species. White and black rhino, sable, waterbuck, warthog, ostrich, leopard, impala, hyena, wildebeest, zebra, giraffe and hippo account for most of the mammal sightings in the park. The main attraction of the park is the massive concentration of black eagles that favour the rocky terrain for nesting purposes.

There are guided rhino walks in the Intensive Protection Zone that is home to a rhino breeding project. Fishing in the many dams within the park and pony trails around the various waterholes prove to be popular excursions with visitors. 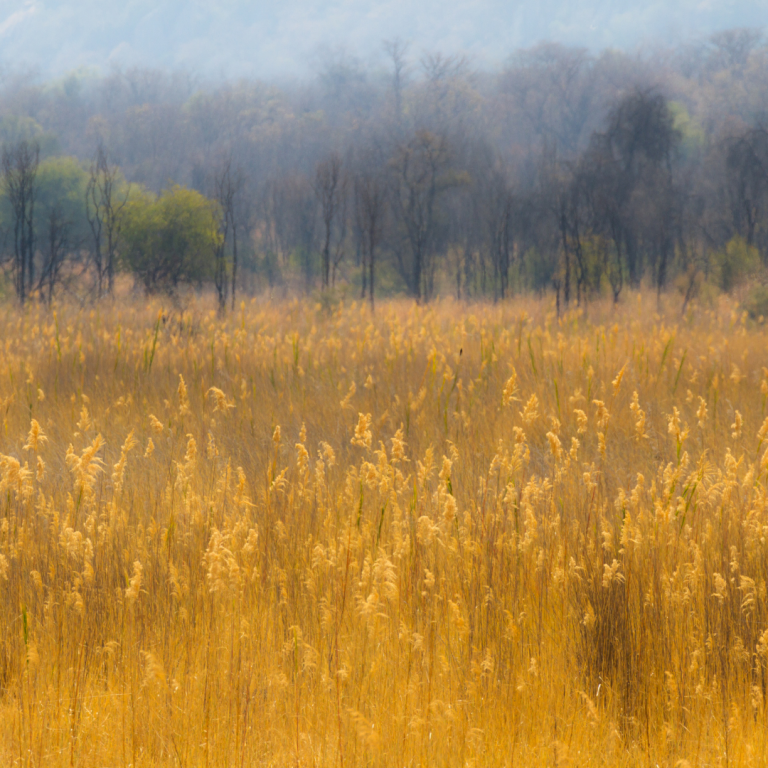